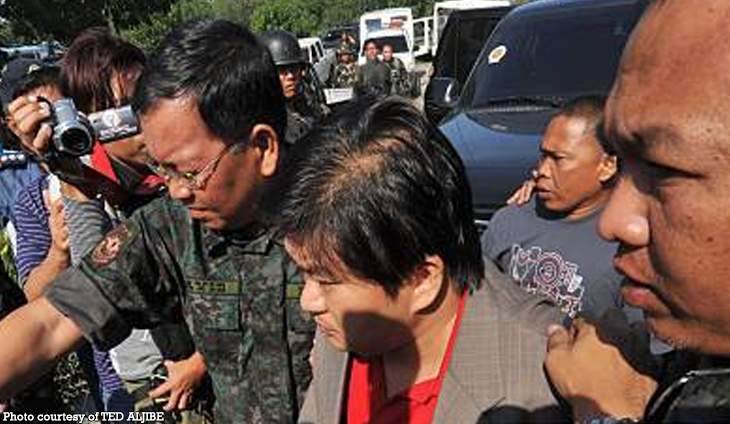 Zaldy Ampatuan half paralyzed, his lawyers told the QCRTC

According to his lawyers, Ampatuan, who along with several relatives and supporters were recently convicted over the Maguindanao massacre case, is half-paralyzed and should undergo immediate physical therapy.

Prior to the promulgation of judgement, Ampatuan was undergoing rehabilitation treatment at Makati Medical Center after he suffered stroke.

Solis-Reyes said that there was already no need for Ampatuan to remain hospitalized as the medical attention he’s now receiving can be done as an out-patient.

“The court finds that there is no longer any need for accused-movant to remain in the hopsital as the procedure during rehabilitation session can be done to him as an out-patient,” she said.

In his urgent motion for transfer to NBP infirmary, Ampatuan disclosed that he needed to “receive the therapy, rehabilitation, and medication prescribed by his doctors so as not to put his health in jeopardy.”

Ampatuan was one of the masterminds in the infamous Maguindanao massacre where 58 individuals including 32 media workers were killed in cold-blood.