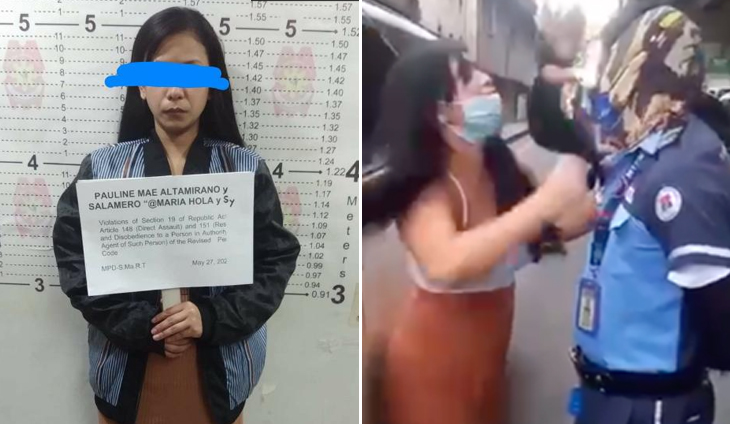 The raging woman who hit and shouted at a Manila traffic enforcer is facing even more charges after city officials learned that she is also a suspected drug courier.

Manila police reported the arrest of Pauline Mae Altamirano on Thursday morning after she was caught on camera assaulting enforcer Marcos Anzures after she was flagged for a traffic violation along Osmeña Highway.

The 26-year-old shrieked and collared Anzures who flagged her car for beating the red light. This is the basis of her arrest for charges of Direct Assault and Resistance and Disobedience to a Person in Authority. She also could not present a driver’s license.

By Friday, the Manila Public Information Office announced that the same woman was in trouble again, this time for alleged drug trafficking.