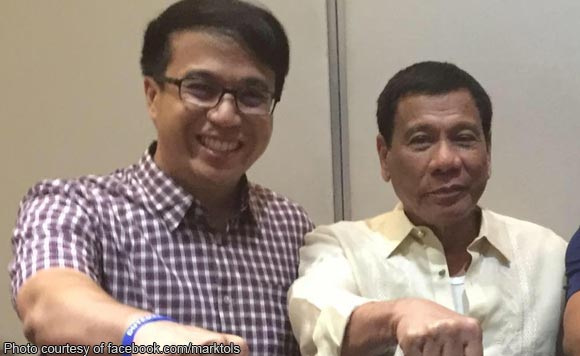 Bedan lawyers are on a roll.

A young abogado has been endorsed by the President’s party mates to replace former Environment secretary Gina Lopez, but who exactly is he?

Mark Kristopher Tolentino is a practicing lawyer and a law professor at the De La Salle University. He is a son of former politicians in Cabadbaran City, Agusan del Norte, where he also served as councilor at 15 years old.

The 37-year-old abogado served as an associate solicitor of the Office of the Solicitor General. He now hosts a radio program about legal issues.

If his Facebook page is any indication, Tolentino is a staunch supporter of President Rodrigo Duterte, his fraternity brother at Lex Talionis.

So it’s no surprise that the President’s allies didn’t have to look far for a candidate.

Looks like the brotherhood is strong with this one!