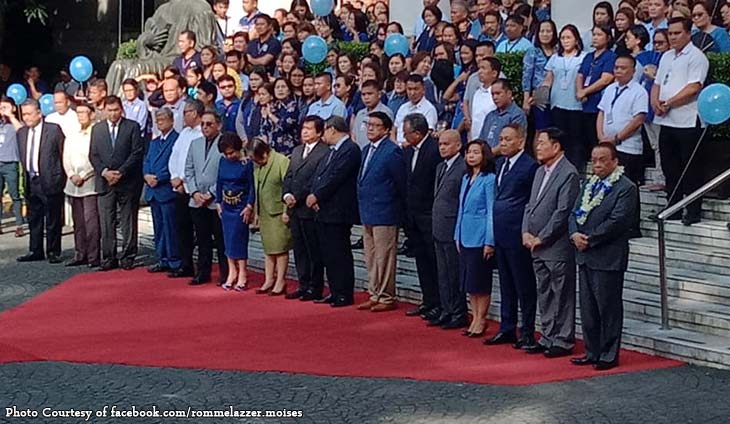 Chief Justice Lucas Bersamin attended his final flag ceremony on Monday, four days before he reached the mandatory age of retirement, 70, on October 18.

Bersamin spent 11 months at the summit of the Philippine justice system and he was well-loved with the Supreme Court employees in full force with 13 of 14 associate justices present (only Associate Justice Jose Reyes, Jr. was absent).