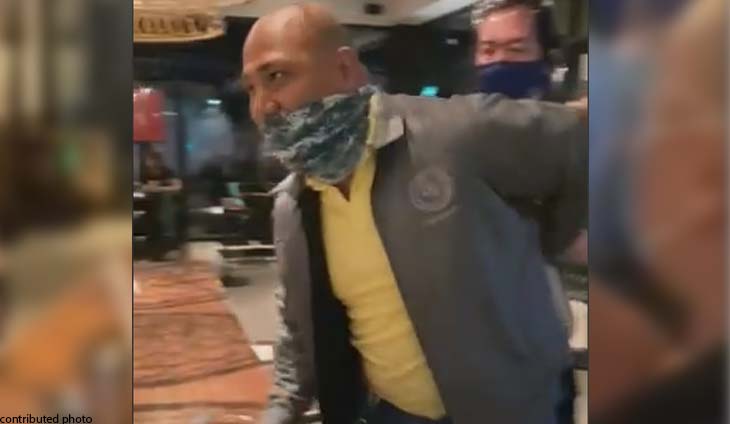 An employee of the Department of Justice was arrested on Tuesday after a tip from former Philippine National Police chief Camilo Cascolan that he was collecting bribes using his name.

A video seen by BILYONARYO captured the arrest of Louie Miranda inside a coffee shop, who has a business card as an executive assistant at the DOJ. He was reportedly claiming to be the emissary slash bagman of Cascolan. According to reports, he says the retired cop will be appointed as the next Bureau of Customs Commissioner and should be given the traditional “pasalubong” from brokers.

Cascolan’s lead came from a Customs broker who was approached by Miranda for extortion. When he was apprehended, the Starbucks paper bag he was carrying contained bundles of cash.

The National Bureau of Investigation arranged the entrapment operations that had Miranda show up for a meeting.