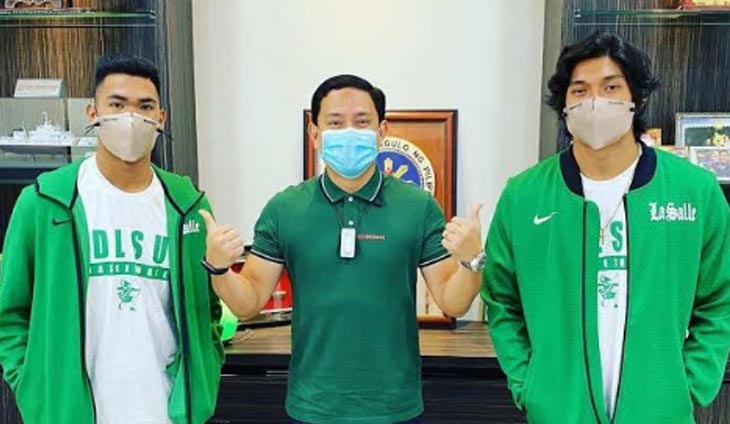 The two young players who were formerly from the University of Santo Tomas met the abogado in Davao on Monday night. The new DLSU backer announced the news on Tuesday with a photo to boot.

The abogado has been eager to place more homegrown talents to what he believes is one of the “biggest and proudest collegiate basketball programs in the country.” Both players were under the Team Phenom Sports and are from provinces outside Metro Manila such as Negros Occidental and Davao.