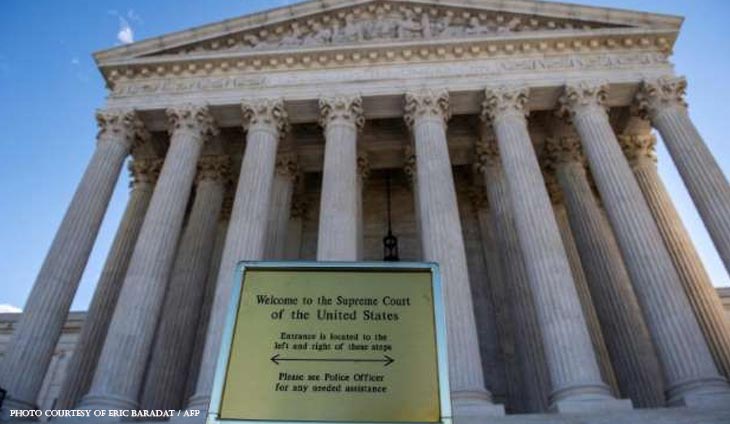 The US Supreme Court on Thursday unanimously supported a Catholic adoption agency’s rejection of same-sex foster parents, in a case that underscored the court’s commitment to religious freedom.

The conservative majority and liberal minority justices agreed that the city of Philadelphia should not have excluded Catholic Social Services (CSS) from the foster parents program over the agency’s refusal to accept same-sex couples.

The main opinion written by Chief Justice John Roberts focused on the city’s contract with foster children placement agencies, saying it treated CSS unfairly compared with its treatment of other agencies.

By not being “neutral,” the CSS contract violated the first amendment of the US Constitution, which protects the free exercise of religious beliefs, Roberts wrote.

“CSS seeks only an accommodation that will allow it to continue serving the children of Philadelphia in a manner consistent with its religious beliefs; it does not seek to impose those beliefs on anyone else,” Roberts said in his opinion.

The opinion noted that same-sex couples had the option to go to any of the city’s many other certified foster child placement agencies.

The case, Fulton v. Philadelphia, had been seen as a test for the right-leaning court on whether religious groups could more broadly discriminate based on their beliefs.

Rights groups expressed relief that the judgment was more narrow than feared.

“The court did not… establish a general right for religious organizations to violate non-discrimination laws,” the American Civil Liberties Union said in a statement.

“Though today’s decision is not a complete victory, it does not negate the fact that every qualified family is valid and worthy — children deserve a loving, caring, committed home,” said Alphonso David, president of the Human Rights Campaign, which focuses on LGBTQ rights.

While the court’s three liberals supported the core decision, four conservatives argued in added opinions that a broader judgement was required that would strengthen the right of religious groups to discriminate based on their beliefs.

She wrote in a concurring opinion that the precedent underpinning the issue of “neutrality” in contracts could be revisited but not in this case. (AFP)