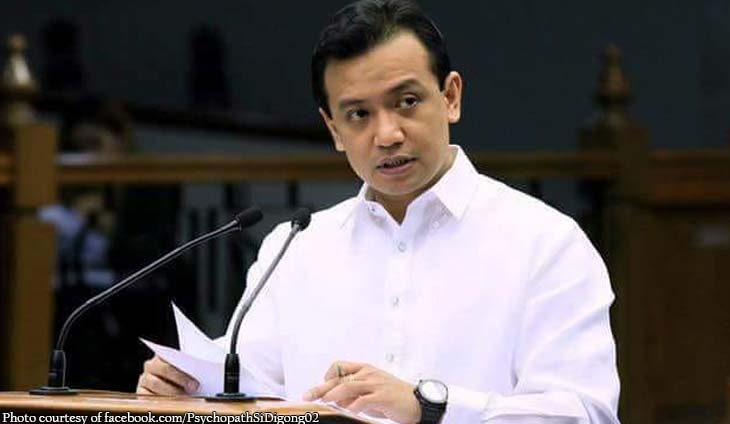 A visibly-upset businesswoman Guillermina Lalic Barrido on Friday hurled invectives at former senator Antonio Trillanes IV during the start of the Justice Department’s preliminary investigation into the kidnapping charges lodged against the opposition leader.

This as the Davao-based trader swore affirmed her affidavit which the Philippine National Police used as basis in causing the filing of a kidnapping with serious illegal detention complaint against Trillanes, which is a non-bailable complaint.

After today’s hearing, Barrido was heard cursing at Trillanes prompting the handling fiscal to call her out, “respect the office.”

For his part, Trillanes Trillanes denied Barrido claims, and disclosed that this was the first time he has seen Barrido.

Also, the former lawmaker reiterated that he was never involved in kidnapping anyone when was still in office.

Barrido said Alejo and Sabio picked her up at the airport and brought her to the Convent of Cannussian Sisters in Makati where she was allegedly detained from December 6 to 21, 2016

Barrido continued that she was transferred from the convent to the Holy Spirit Convent by Alejo, Sabio, a certain Sister Ling, and an alleged staff of Vice President Leni Robredo.

Furthermore, she added that Trillanes had repeatedly called her, telling her she cannot leave unless she signs the affidavit supposedly linking President Duterte and his family to illegal activities.

“It is clear from the foregoing that herein respondents feloniously, maliciously, and intentionally put the complainant under detention for 14 days in order to force her to do something against her will,” the PNP-CIDG complaint read in part.

This wasn’t the first time that Barrido hurled accusations against Trillanes.

In 2017, Barrido sought assistance from then Justice secretary Vitaliano Aguirre II, claiming that she received death threats from Trillanes’ camp.

She also claimed that Trillanes camp offered her P1 million to implicate President Duterte in the killings carried out by the Davao Death Squad.