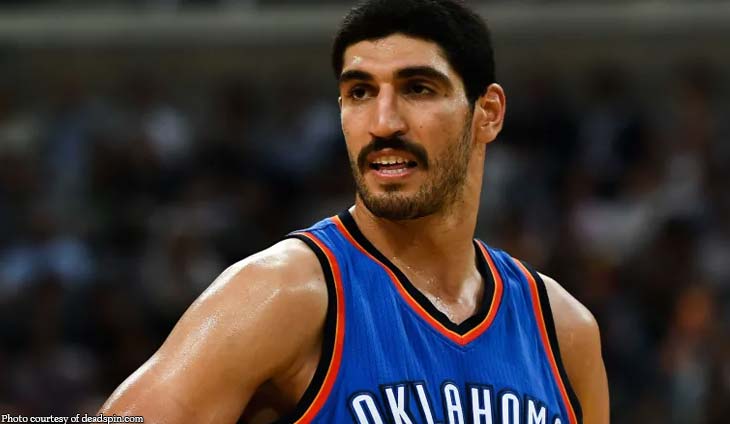 An Istanbul prosecutor on Tuesday applied for an Interpol “red notice” to be issued for Turkish NBA player Enes Kanter for his alleged links to the group blamed for a 2016 failed coup, state media reported.

Kanter, a New York Knicks’ centre and an outspoken critic of Turkish President Recep Tayyip Erdogan, is accused of being a member of an armed terrorist organisation, state news agency Anadolu reported.

An Interpol red notice informs the police agency’s member states about a suspected criminal wanted in one country.

The documents prepared by the prosecutor have been sent to the “relevant ministries”, Anadolu added, without giving details.

Turkey blames the July 2016 attempted overthrow of Erdogan on former ally-turned-foe Fethullah Gulen, but the preacher vehemently denies the claims.

Turkey officially refers to the Gulen movement as the “Fethullah Terrorist Organisation” and thousands of individuals are on trial over alleged membership of the group.

But the Gulen movement insists it is a peaceful group, promoting secular education.

Earlier this month, Kanter refused to make the NBA team’s trip to the UK over fears he might be murdered by Turkish spies.

“There’s a chance that I can get killed out there,” he said.

Former NBA player Hedo Turkoglu, now a chief advisor to Erdogan and head of the Turkish Basketball Federation, rebuked Kanter’s fears about his homeland as a “smear campaign”.

Kanter was detained last year at a Romanian airport after being told his Turkish passport was cancelled — a move that Kanter blamed on his political views.

Kanter, who has expressed support for Gulen, was allowed to leave a few hours later. (AFP)