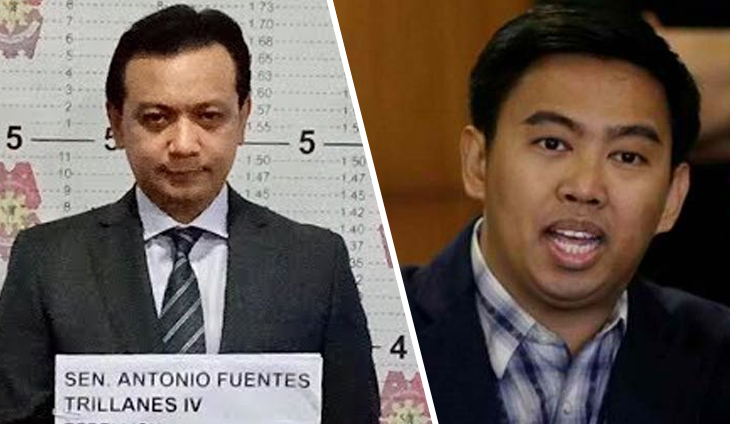 The ex-mayor sued Trillanes for making a public statement against him that the Binay family spent loads of money to peddle influence.

“Making and releasing the subject statements absent a serious verification and investigation is recklessness bordering on a disregard of what is true or false,” the resolution of Presiding Judge Andres Bartolome Soriano read.

On Trillanes’ defense that he was exercising free speech, the judge said: “The recognition of a right is not free license for the one claiming it to run roughshod over the rights of others.”