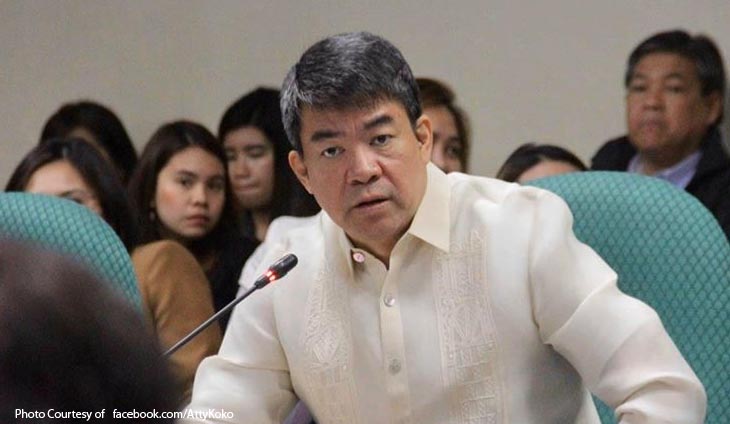 The Department of Justice has extended the deadline for administration Sen. Aquilino ‘Koko’ Pimentel III to file his counter-affidavit on charges accusing him of violating quarantine protocols when he brought his pregnant wife to a hospital despite being a person under investigation for COVID-19.

In a message to reporters, Prosecutor General Benedicto Malcontento disclosed that Pimentel was now required by the handling prosecutor to submit his counter-affidavit on or before July 15.

The lawmaker from Cagayan de Oro was supposed to submit his affidavit this week.

“(It was an) Amended order. We leave it to him how he will answer the charges,” Malcontento said when asked if the DOJ gave Pimentel another extension of time to file his affidavit.

Pimentel was accused of violating quarantine protocols when he brought his pregnant wife to the Makati Medical Center last March despite being a PUI. He later tested positive for the deadly infection but eventually recovered.

Lawyer Rico Quicho filed the letter-complaint against Pimentel before the DOJ, saying the complaint used as one of the basis the online petition in Change.org calling for the filing of a formal case against the lawmaker.

” He has categorically admitted his breach without remorse. And yet because of his position, he is still not being made accountable. With this, I hope the DOJ will swiftly act and pursue legal actions against Senator Koko Pimentel. We trust that DOJ will be true to its commitment to the Filipino people to uphold the rule of law without fear or favor, ” he said.