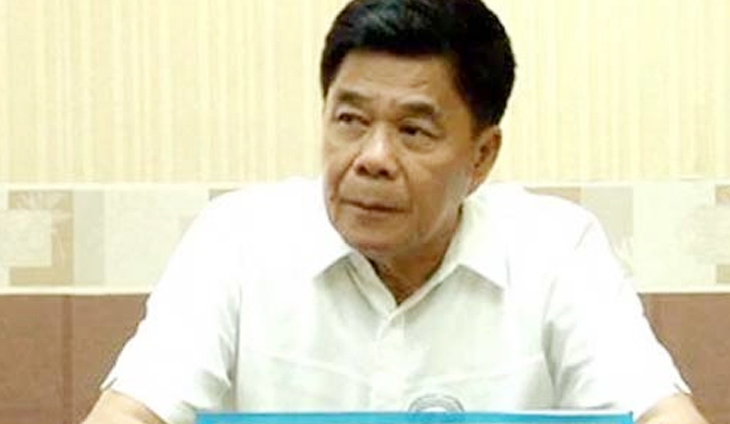 Former Pantabangan, Nueva Ecija, mayor Lucio Uera has been convicted by the Sandiganbayan for the third time, this time getting sentenced to a minimum of eight years and five months in prison for spending P60,000 in public funds during his unauthorized trip to Australia in 2006.

In a 66-page decision on Criminal Case Numbers SB-17-CRM-0732 to 0735, the court’s 7th Division found Uera guilty of one count each of violation of Section 3(e) of the Anti-Graft and Corrupt Practices Act and malversation of public funds.

Uera was sentenced to imprisonment totaling eight years and five months to a maximum of 15 years, four months and one day. He was also ordered to pay a fine of P60,000 and was perpetually disqualified from holding public office.

Records showed that from April 4 to April 18, 2006, Uera used a cash advance of P60,000 so he could watch the Royal Easter Livestock Show in Australia. Prosecutors said the trip was not approved by the Department of the Interior and Local Government (DILG).

Uera claimed he had authorization from the office of the provincial governor, but the court noted that he never produced the original or certified true copy. He only provided a computer print-out of an unsigned travel order supposedly issued on March 28, 2006 by the late Governor Tomas Joson III.

Even if Uera’s defense were proven, the court noted that only the DILG Secretary can issue travel orders.

“Without the requisite travel authority, a government official travelling on official business would be hard-pressed to prove the official nature of his trip,” read the decision penned by Associate Justice Ma. Theresa Dolores Gomez-Estoesta and concurred in by Associate Justices Zaldy Trespeses and Georgina Hidalgo.

The court added that Uera’s “obstinate” refusal to refund his cash advance despite a notice of disallowance issued by the Commission on Audit (COA) amounted to “evident bad faith.”

In the same decision, Uera was acquitted in two related malversation cases pertaining to P24,605.84 in reimbursements for food supplies used in his office from February to April 2006, because of the failure of the prosecution to present the disbursement vouchers (DVs) as evidence.

Prior to this decision, Uera was convicted of graft and sentenced to six years and one month to 10 years on October 13, 2015. This was for using his position to influence the awarding of the contract for the management and maintenance of Pantabangan Municipal Electric System (PaMES) to a private firm connected with his wife Ruby in 2002.

On September 22, 2020, Uera was found guilty of two counts of graft and sentenced to 12 to 16 years in prison for illegally terminating seven employees and suspending 33 others for recognizing his political rival as the duly elected mayor following the 2004 elections. #