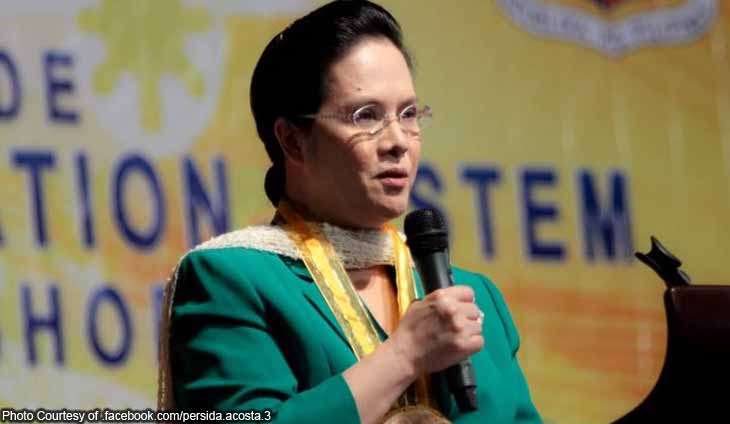 Some 100 lawyers belonging to the Public Attorney’s Office (PAO) on Friday came up with a statement of support for their embattled chief Persida Acosta and denied participating in a movement seeking the latter’s suspension for alleged corrupt practices.

The statement of support was in response to Thursday’s manifestation filed by unnamed PAO staff members from the Executive Support Staff Field Operations and Statistics Office and Legal Research Service before the Office of the Ombudsman.

The manifestation sought Acosta’s preventive suspension over accusations that she overstocked office supplies for the agency’s investigation into the Dengvaxia controversy.

“It is a demolition job; an affront to the independent and integrity of the PAO,” they stressed,” read the statement of PAO lawyers.

The PAO lawyers assured that “we have no participation nor authorship of the alleged manifestation.”

“Again, we have no part in the execution and submission of the subject manifestation as the writer maliciously would like to impress upon the Office of the Ombudsman and the general public,” they added.

“As we perceive it, the malicious and derogatory statements contained therein are intended to malign the PAO and other named officials therein, and prevent them from independently performing their duties to render, free of charge, legal representation, assistance, and counselling to indigent persons in criminal, civil, labor, administrative and other quasi-judicial cases as mandated by Republic Act No. 9406, commonly known as the Public Attorney’s Law,” they continued.

The other day, Acosta vehemently denied accusations linking her and several others in allegedly overstocking office supplies to earn extra cash.

In a message to reporters, Acosta warned anyone spreading unsubstantiated claims against her of lawsuits for besmirching her reputation.

Acosta was accused of corruption for allegedly raking in some P13-million for deliberately overstocking office supplies to be used in preparing Dengvaxia cases.