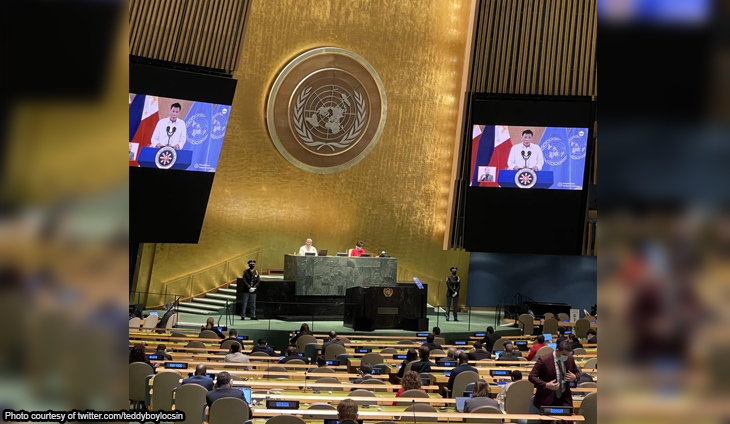 Foreign Affairs Secretary Teddy Boy Locsin praised President Rodrigo Duterte’s speech in the United Nations General Assembly. The abogado said that his statements were crystal and to the point.

His statement was crystal, to the point, and hit all the right spots dead on with utter simplicity without a trace of pretentiousness. The man himself. I introduced him, “I have the honor to introduce the President of the Republic of the Philippines, Rodrigo Roa Duterte.” pic.twitter.com/tgDKwWOtpJ

Locsin said that the President was able to hit all the right spots even though he said it simply. The abogado said that he was not pretentious and he was exactly who he introduced him to be: the President of the Republic of the Philippines.