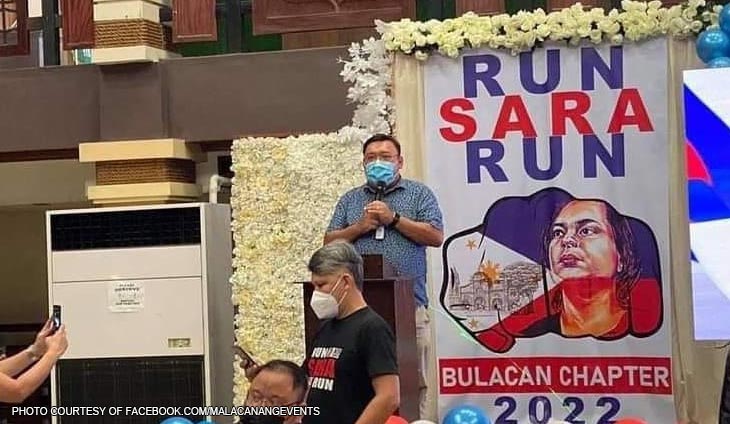 Presidential Spokesperson Harry Roque is proudly going around the country months ahead of official election season.

The abogado, also an aspiring politiko himself, confirmed that he is all for Presidential daughter and Davao City Mayor Sara Duterte-Carpio to succeed President Rodrigo Duterte in 2022.

“Yes I support. I support the ‘Run, Sara, Run’ movement,” he confirmed Thursday after a photo of him speaking before a crowd in Bulacan went viral on social media.

“I respect that the decision has to be made by Mayor Sara herself… As to whether or not I will run, well, depende nga po ‘yan sa maraming konsiderasyon,” Roque added.

He said he has three major considerations if he should return to politics: “Funding, health and of course, don’t want to be presumptuous, ‘di ko po alam kung sino iimbitahing mga kasama ni Mayor Sara if and when she decides to run.”