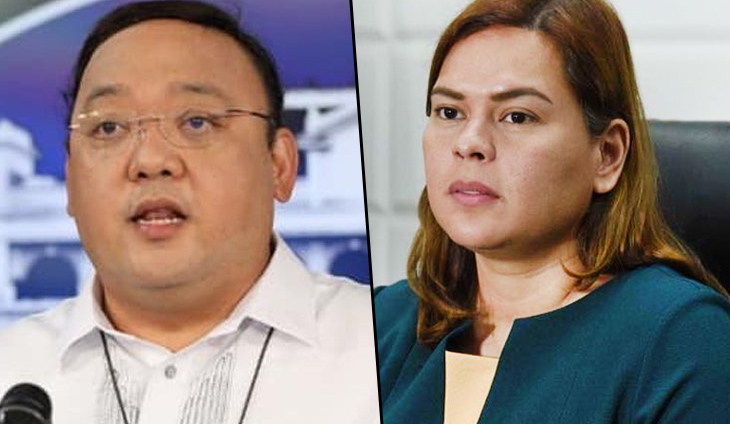 “I support the ‘Run, Sara, Run’ movement but I respect that the decision will have to be made by Mayor Sara herself. But I have added my voice to the voices of many who believe she should be the next president of the country,” Roque said in an online press briefing.

Roque made the remarks, a day after he said the possible pairing of President Rodrigo Duterte and his daughter would not happen next year.

His statement also came after he expressed his intent to file for an early resignation as Duterte’s spokesperson for a possible open-heart operation before the conduct of the 2022 national elections.

Roque also hinted that he may run for a public office next year, in case Sara decides to seek the presidency and include him in her Senate slate.

He added that he also has to consider the funding and his health before deciding on his 2022 political plans.

“As to whether or not I will run, well, depende nga po iyan sa maraming mga kunsiderasyon (that depends on many considerations) – funding, health, and of course, I don’t want to be presumptuous, hindi ko po alam kung sino ang iimbitahing mga kasama ni Mayor Sara (I don’t know who will Mayor Sara invite), if and when she decides to run,” Roque said.

When quizzed anew if Duterte no longer has a plan to join the 2022 vice presidential race, Roque said: “Well, the President’s words are clear. I don’t have to construe or interpret. He is resisting. That is the word. So, ayaw po niya (he does not want it). Pero hindi pa naman niya sinasabing hindi (But he does not totally say no).”

In an interview with SMNI’s “Exclusive” aired Tuesday night, Duterte said he is reluctant to join the vice presidential derby.

Duterte added that he talked to Sara on Monday night to tell her not to “commit the mistake” of seeking the presidency.

On Wednesday, Roque said Duterte will not run for vice president next year, should Sara decide to run for president.

Roque, however, raised the possibility that Duterte might consider teaming up with his former long-time aide, Senator Christopher Lawrence Go.

Sara, who topped the early surveys on the public’s preferred presidential candidates in the 2022 national elections, remained mum on the possibility of her joining next year’s presidential race.

Go, on the other hand, said he would only gun for the presidency if Duterte agrees to be his running mate. (PNA)