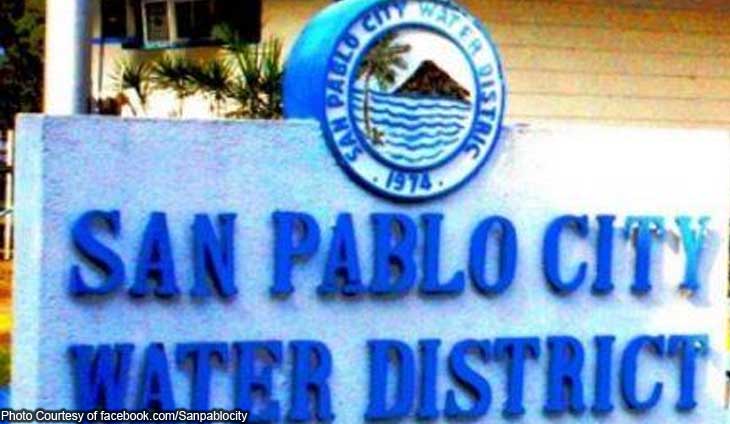 The San Pablo City Water District (SPWCD) cannot just impose a fee on deep well users without first establishing the effect on its finances and the water supply.

The Supreme Court 1st Division made the ruling in recent 14-page decision that reinstated a May 25, 2010 decision by San Pablo City Regional Trial Court (RTC) Branch 32.

While upholding the water district’s right to demand production charges from deep well owners, the High Court said Section 39 of Presidential Decree Number 198 requires that hearings be held first for the purpose of a resolution fixing the fees.

The hearings are meant to find out if deep wells really affect the water district’s financial condition and impair its water sources.

The case arose from SPCWD Investigating Board’s April 2002 report recommending San Francisco Inn (SFI) be ordered to stop using its deep well and pay for the water it drew up since October 1999 without a permit.

The San Pablo City RTC dismissed the inn’s petition to stop the SPCWD board from taking action. But, it also clarified the requirements for SPCWD, prompting to elevate the case to the Court of Appeals (CA).

The CA on September 14, 2011 ruled that a meeting where officials explained the fees already satisfied the need for due process.

The High Court, however, agreed with the inn that this was not enough to comply with the law’s requirements. It said SPCWD was required by law to hold hearings and issue a corresponding board resolution fixing the rates.

“The RTC correctly applied the clear text of the law and the Rules. The RTC also correctly ruled that the preconditions for the levying of production assessment by SPCWD on SFI had not been complied with,” read the decision penned by Associate Justice Alfredo Benjamin S. Caguioa.

The SC added that the CA should not have just relied on the El Niño phenomenon to justify the imposition of fees on deep well owners without abiding by the law.

“The law requires proof of a direct correlation between the financial loss of the water district and the ground water production of the deep well operator/user,” the SC held.