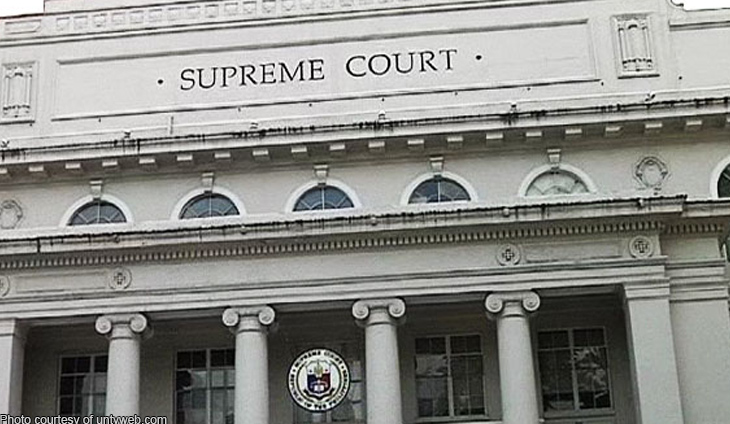 SC suspends lawyer for 5 years, permanently bans him from acting as notary public

The Supreme Court (SC) has suspended abogado Gerardo Wilfredo Alberto from practicing law for five years and permanently barred him from being commissioned as a notary public over numerous offenses.

In a recent 9-page en banc decision, the SC held Alberto liable for notarizing documents despite not being authorized to do so, allowing a non-lawyer to sign a motion filed in court, and failing to indicate his Mandatory Continuing Legal Education (MCLE) compliance number.

Alberto notarized a supplemental agreement and an amended joint venture agreement which was attached in the civil case for recovery of possession filed by Cristeto Dinopol, Jr., against Singfil Hydro Builders.

The Office of the Clerk of Court of the Cavite City Regional Trial Court (RTC) issued a certification stating that it had no record of any commission appointing Alberto as a notary public in the city.

“The respondent, by making it appear that he had been duly commissioned to act as notary public, thereby vested the documents with evidentiary value. Yet, because of the absence of a notarial commission in his favor, he foisted a deliberate falsehood on the trial court,” read the decision penned by Chief Justice Lucas Bersamin.

The SC also said Alberto’s non-disclosure of his MCLE compliance number in the complaint he filed was a “flagrant disobedience” of Bar Matter No. 1922.

It noted that he “seemed to be a repeat violator,” as he had been directed by the Mandaluyong City RTC in August 2014 to show cause for his failure to comply.

Alberto was also held liable for making his client Dinopol sign a motion seeking the admission of the amended complaint, due to the defects in the original filing.

Dinopol was not a lawyer. The SC said Alberto violated Rule 9.01, Canon 9 of the Code of Professional Responsibility, which prohibits lawyers from delegating their tasks to unqualified persons.

“The responsibility of signing the so-called Motion for Prior Leave of Court to Admit the Herein Attached Amended Complaint was personal to the respondent as the attorney of record. That he delegated it to a non-lawyer was an abdication of the responsibility that subjected him to sanction,” the decision read.

Lastly, the SC treated Alberto’s failure to answer the charges before the Integrated Bar of the Philippines (IBP) as an aggravating circumstance that merited a higher penalty.