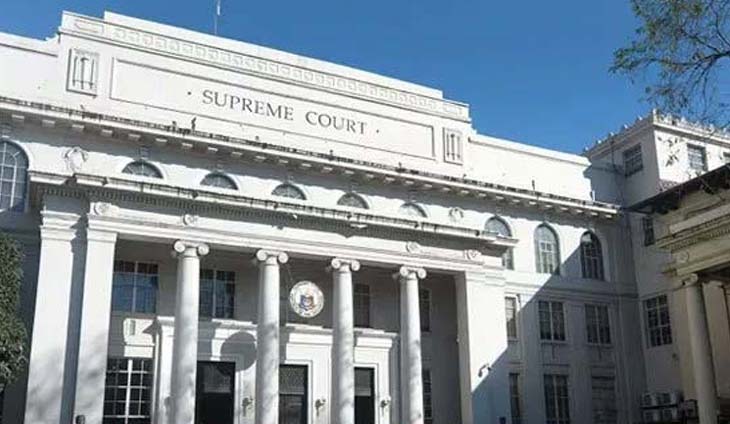 The Supreme Court (SC) has ordered the one-year suspension of a Camarines Sur court sheriff who broke into a businessman’s house and damaged his property in order to implement a writ of preliminary attachment.

In a recent 8-page minute resolution, the SC 3rd Division found Pili Regional Trial Court (RTC) Branch 32 Sheriff Ken Sigales, Jr., guilty of simple misconduct and sternly warned him that a repetition of his acts would be dealt with more severely.

In his complaint, Gabriel Garlan, the defendant in a case concerning his P10.36-million debt to an agricultural company, alleged that on August 24, 2017, Sigales’s group forcibly destroyed the lock of his steel gate and broke into his house.

Sigales argued he had repeatedly informed Garlan that if the supplies recovered from his business’s office and warehouse were insufficient to satisfy the judgment award, his other properties would be seized.

The SC, however, said that while Sigales did not commit a grave offense, it “cannot turn a blind eye to respondent’s excessive and unwarranted use of force in implementing the writ.”

It said there was no justifiable reason for Sigales’s group to fail to ask Garlan’s staff to open the gate or forcibly turn on the engines of the vehicles.

The SC also said Sigales’s claim that Garlan welcomed his group to his house was “false.” Garlan only said he left the group at his office to attend to business engagements and did not permit them to go to his residence.

“Respondent’s abuse of his authority and failure to satisfactorily explain the violence he employed does not meet the exacting standard we impose on our officers,” read the minute resolution signed by Division Clerk of Court Wilfredo Lapitan.

“This Court cannot tolerate a court employee’s propensity to use unnecessary force and abuse one’s authority—which, in this case, caused damage to property—in the guise of dispensing justice,” it added.

Garlan also filed a criminal complaint for robbery in which the prosecutor found probable casue.