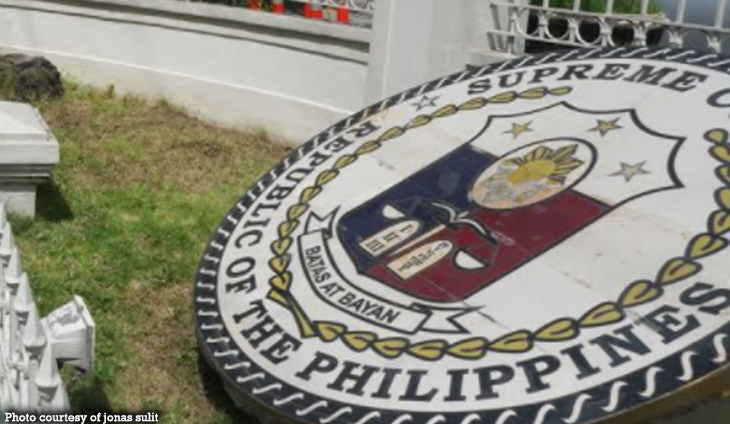 The Supreme Court on Tuesday released the guidelines involving petition for judicial clemency, most notable was a prohibition for reinstatement within five years from the date of disbarment.

In the resolution penned by senior Justice Estela M. Perlas-Bernabe, the SC laid down the following new clemency guidelines for reinstatement to the Bar:

1) A lawyer who has been disbarred cannot file a petition for judicial clemency within a period of five years from the effective date of his or her disbarment, unless for the most compelling reasons based on extraordinary circumstances, a shorter period is warranted.

For petitions already filed at the time of this desolution, the SC may dispense with the five-year minimum requirement and instead, in the interest of fairness, proceed with a preliminary evaluation of the petition in order to determine its prima facie merit;

2) Upon the lapse of the said five-year period, or earlier if so permitted by the Court, a disbarred lawyer becomes eligible to file a verified petition for judicial clemency;

3) Upon the filing of the verified petition for clemency, together with its attachments, the Court shall first conduct a preliminary evaluation and determine if the same has prima facie merit based on the criteria provided for by the Court.

The petition, together with its supporting evidence must show on its face that the following criteria have been met:

(a) petitioner has fully complied with the terms and conditions of all prior disciplinary orders, including orders for restitution, as well as the five-year period to file;

(b) petitioner recognizes the wrongfulness and seriousness of the misconduct for which he or she was disbarred; and

5) After its investigation, the OBC (or such other fact-finding body designated by the Court) shall submit its fact-finding report to the Court, which shall ultimately resolve the clemency petition based on the facts established in the said report. The threshold of evidence to be applied is clear and convincing evidence.

6) Unless otherwise resolved by the Court sitting En Banc, these guidelines and procedure shall apply to pending petitions for judicial clemency, as well as to those filed after the promulgation of this Resolution.

These new guidelines and procedure in petitions for judicial clemency are contained in the Court’s March 2, 2021 Resolution that denied the March 21, 2019 Petition for Judicial Clemency and Compassion and the subsequent April 5, 2019 Supplemental Petition of Atty. Romulo L. Ricafort, a disbarred lawyer who sought his reinstatement.

Applying the guidelines, the Court held that Ricafort’s petitions failed to show prima facie merit based on foregoing observations and in consideration of
the multiplicity of his infractions which all constitute serious breaches of his fiduciary duties to his past clients.

Records show that a total of three administrative disciplinary complaints were filed and resolved against Ricafort, all involving serious breaches of his fiduciary duties as an attorney to his clients.

In the said administrative cases, Ricafort’s service was engaged either in the sale or recovery of lot properties. The former refused to remit to his clients the proceeds of the sale despite repeated demands.

The jurisprudence on judicial clemency traces its roots to the 1910 case of re: Macario Adriatico. In the said case, governing principles were not explicitly
discussed but only factors were considered in granting judicial clemency such as that the reinstatement was urged by Philippine Bar Association; he served as member of the Philippine Assembly and has merited approval of then Speaker Sergio Osmeña; a judge certified his good conduct; and that there were no objections to his reinstatement.

But it was in the case of Re: Diaz that the Court first framed the operative guidelines for judicial clemency. The Court held that ― there must be proof of
remorse and reformation; sufficient time must have lapsed from the imposition of the penalty to ensure a period of reformation; age of the person asking for clemency must show that he still has productive years ahead of him; there must be showing of promise, as well as potential for public service; and there must be other relevant factors and circumstances that may justify clemency.

However, as per the procedure following the Re: Diaz guidelines, the Court, when resolving clemency cases, is not impelled to go beyond the allegations in the petitions and written documents appended thereto.

Institutionally, the Court is not a trier of facts; thus, it lacks the proper capability to probe into the finer details of the factual assertions made in a clemency petition. The Court also, on its own, cannot authenticate the person’s supporting evidence, or examine, under oath, the sincerity of the person seeking clemency, as well as of those who vouch for him or her.

Without a proper fact-finding procedure, the Court is constrained to resolve a clemency petition based on a subjective – instead of an objective – analysis of the petition.

In its latest jurisprudence in Re: Ong, the Court cautioned that “judicial clemency cannot be subjective.” Thus, the Court resolved that prospectively, all clemency petitions, upon the Court’s evaluation, demonstrate prima facie merit, should be referred to a commission created to receive the evidence to prove the allegations by substantial evidence.

Rather than requiring the reception of evidence as in a full-blown trial, a petition for reinstatement, which demonstrates prima facie merit upon preliminary evaluation of the Court, should instead be referred to OBC or any fact-finding body the Court so designates in order to verify the details and the authenticity of the statements and evidence attached to the clemency petition.