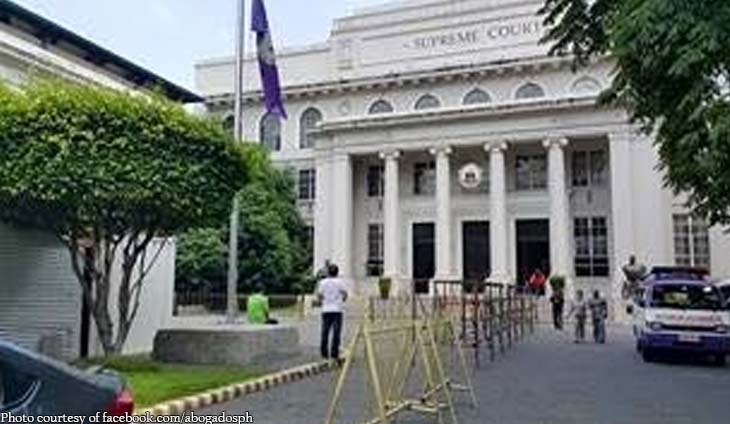 In a recent 7-page notice of resolution, the SC 3rd Division said Garces failed to “perform his judicial duty with reasonable promptness,” in violation of Section 5, Canon 6 of the New Code of Judicial Conduct for the Philippine Judiciary.

The sanction arose from a complaint filed by Raymundo Achacoso, the brother of Nimfa Achacoso Namuag, who was the principal witness in a criminal case against a certain Lorgina Boiser.

Namuag’s lawyer Lord Marapao filed a motion for Garces’s voluntary inhibition on June 20, 2012. The judge, however, did not issue any order.

On October 10, 2013, Namuag was killed. On March 11, 2014, Garces dismissed the cases on the ground of lack of interest to prosecute, since Namuag had died.

However, the SC said it could not accept this excuse, because “this would be tantamount to giving an imprimatur to the act of deferring resolution of a pending incident until an event supervenes that would render the issue moot.”

“The Court, thus, cannot take delays lightly as this would be, in effect, an abject abandonment of every magistrate’s sworn duty,” read the notice signed by Deputy Division Clerk of Court Misael Domingo Battung III.

On the other hand, the court did not hold Garces liable for dismissing the criminal case following Namuag’s death.

Although Marapao claimed the dismissal was improper because the public prosecutors were not given the chance to present their side, the SC said a judge “cannot be subjected to liability” for a possible judicial error in the absence of proof of malice or bad faith.

“To hold otherwise would be to render judicial office untenable, for no one called upon to try the facts or interpret the law in the process of administering justice can be infallible in his judgment,” the notice read.