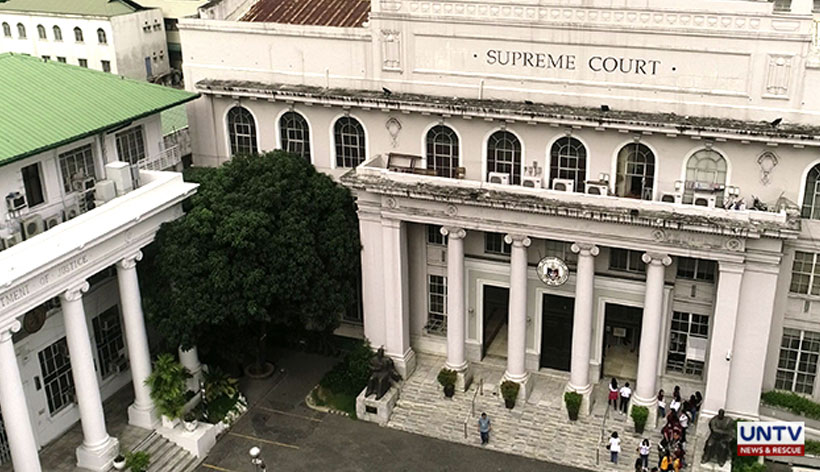 The Supreme Court (SC) has ordered the forfeiture of the retirement benefits of a Court of Appeals (CA) records officer who served as the “bag lady” in an attempt to buy a decision acquitting a drug suspect for ₱10 million.

In a 15-page decision on A.M. No. CA-20-36-P, the SC en banc unanimously voted to also perpetually disqualify Imelda Posadas of the CA Reporters Division from employment in any branch of government.

The SC found Posadas guilty of four counts of conduct prejudicial to the best interest of the service, and one count of committing acts punishable under the anti-graft laws. Had she not retired in January 2019, she would have been meted the penalty of dismissal.

The administrative penalty arose from the complaint of Virgilio Rodil, whom lawyer Ramel Aguinaldo asked for a “contact” in the SC who could help with the then-pending petition of the latter’s client Marco Alejandro.

Rodil asked for the help of Posadas, who was his patient at St. Michael Medical Hospital in Bacoor City, Cavite. Posadas then got him in touch with SC records officer Samuel Ancheta, who informed her that the case was raffled off to now-retired Associate Justice Martin Villarama and that it was assigned to his court attorney Andrew Corro.

Posadas and Ancheta acted as the conduit between Rodil and Corro. The doctor first gave Posadas ₱800,000 in cash to be delivered to the court attorney for the “initial reading” of the case on April 22, 2013. Another ₱700,000 was passed on this way for the “review” of the case on August 12, 2013.

For the last two installments, it was Rodil who met Corro in person at Max’s Restaurant along Maria Orosa Street on December 13, 2013 and February 21, 2014. Posadas still assisted by telling Rodil about the conditions set by Corro.

Rodil later learned that the advanced copy of the decision given by Corro was fake. When the attorney could no longer be located, Rodil repeatedly told Posadas to return the money.

The SC brushed aside Posadas’s claim of acting in good faith out of a sincere desire to help Rodil without receiving any amount. It held her liable over her “active and indispensable role in the transactions,” without which these “could not have materialized.”

“Without her participation, Dr. Rodil could not have easily formed a linkage with Ancheta and Atty. Corro, which in turn could have prevented the attempted ‘case-fixing’ from happening,” read the per curiam decision.

The SC said her 45 years of service could mitigate the effects of her “reprehensible conduct.’

“On the contrary, her long years of service should be considered as an aggravating circumstance since it facilitated the commission of the offense, i.e., use of her connections in the Supreme Court due to her familiarity with the system and other employees in the judiciary,” it said.