Following the reimposition of the modified enhanced community quarantine in Metro Manila and nearby provinces, the Supreme Court on Monday extended the physical closure of courts from August 14 to August 18.

The MECQ will last from August 4 to 18. Under MECQ trains, buses, jeepneys, taxis, ride-hailing services, tricycles are not allowed to operate. Manufacturing plants and other establishments are allowed to operate only with half their capacity.

Duterte revived the MECQ after healthcare workers’ groups called for a timeout to give exhausted frontline medical personnel a respite.

In a circular issued Sunday afternoon, the SC came up with a circular, providing among others, that all courts in the National Capital Region and those under enhanced community quarantine and MECQ, shall be physically closed from August 3 to August 14.

The circular was signed by Chief Justice Diosdado Peralta. 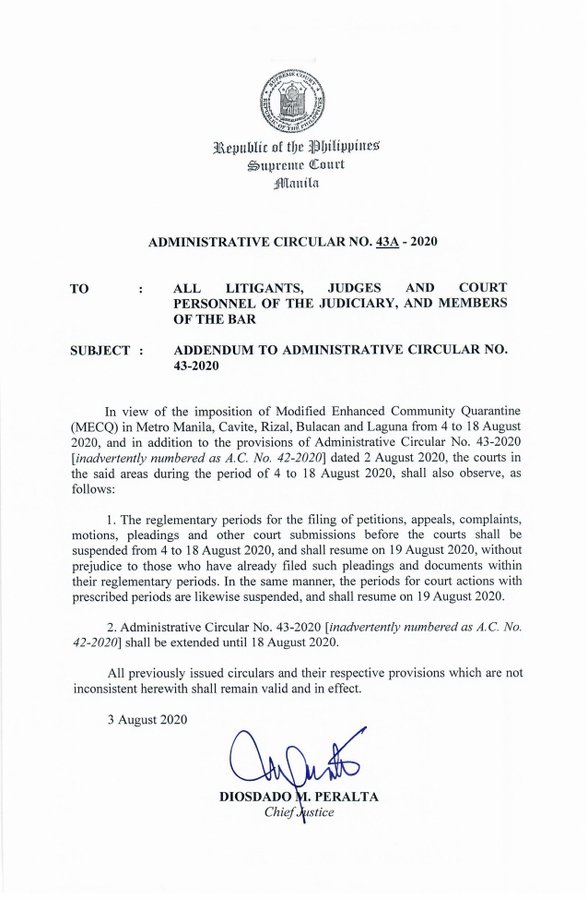