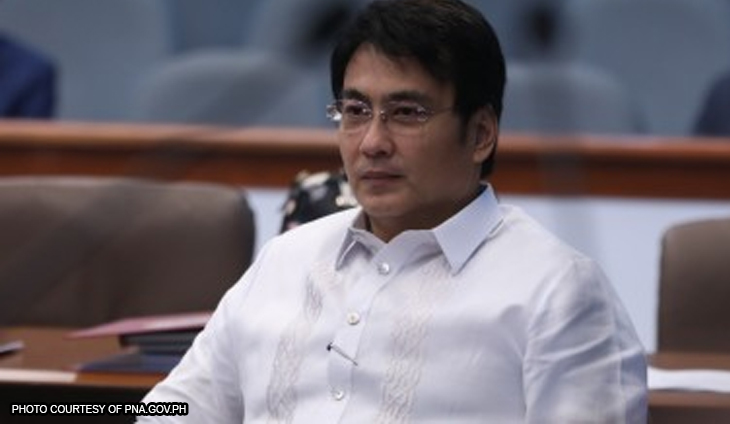 The Supreme Court (SC) has denied the petition of an illegitimate son of Senator Ramon Bong Revilla, Jr. seeking to legally change his surname to Revilla.

The SC sustained the August 28, 2019 ruling of the Court of Appeals (CA), which affirmed the April 30, 2018 decision of the Quezon City Regional Trial Court (RTC) Branch 225 that rejected Luigi’s petition.

Luigi, a starlet who uses the stage name “Luigi Revilla,” was born on January 9, 1992 to Lovely Maria Guzman.

At the time of the illicit affair, Revilla was already married to Lani Mercado for six years. His legal name back then was Jose Marie Bautista, Jr.; he was allowed to use his stage name “Bong Revilla” as his surname in 2010.

In 1999, Guzman married Patrick Joseph Santos, who legally adopted Luigi and gave him his surname.

Luigi claimed that he grew up close to Revilla, as well as his legal wife Lani Mercado and their legitimate children. Thus, he sought the change of name to show his “sincere and genuine desire to associate himself… to the Revillas” and ensure that his records would show his identity as the actor-politician’s son.

The SC, however, said this was not a good enough reason. “A sincere desire to associate oneself to a certain person or family, without more, does not justify a change of surname,” read the decision penned by Associate Justice Alfredo Benjamin Caguioa.

It noted that this would only create confusion, because Luigi was legally adopted by his mother’s husband and had consistently used “Santos” in all documents, even though his biological father acknowledged paternity as early as 1996.

“While [Luigi] may factually identify and associate with his biological father and his family, he remains to be the legitimate son of Patrick Santos by virtue of the adoption. The latter and not the former is thus his true legal identity,” read the decision.

It added that the mere fact that Luigi began using “Revilla” when he joined show business “does not constitute a proper and reasonable cause to legally authorize a change of name.”

“It bears emphasis that a change of name is a privilege and not a matter of right. It is addressed to the sound discretion of the court,” the SC stressed. #