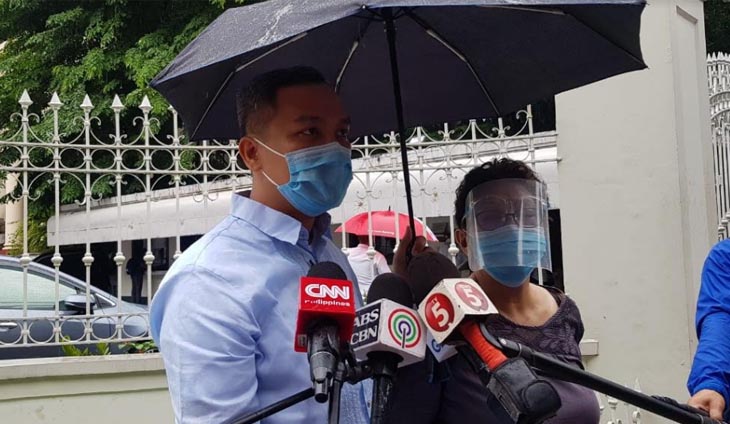 A multi-sectoral people’s alliance and party-list organization on Monday urged the Supreme Court to void the newly-signed Anti-Terrorism Act of 2020 for being unconstitutional.

Sanlakas thru its President Manjette Lopez, represented by counsels JV Bautista, Emmanuel Jabla and Sanlakas Secretary General Aaron Pedrosa, filed a petition for certiorari and prohibition, with prayer for a temporary restraining order, against RA 11479 or the Anti-Terrorism Law.

This brought to eight (8) the total number of petitions questioning the legality of the controversial legislation.

“Since Sanlakas was founded in 1993, its members have staunchly advocated for social, economic, political, cultural, and environmental reforms to improve living conditions of marginalized Filipinos. Often, calls for such come in the form of advocacy, protest, dissent, stoppage of work, industrial or mass action – all of which R.A. 11479 now lists as acts of the crime of terrorism when deemed to be coupled with harmful intents,” said Bautista, Lead Counsel of Sanlakas.

The group said that absent standards and clarity, the intent of the actions enumerated will be left to the interpretation of law enforcement agents, subjecting petitioners and the general public to ‘grave injustice and irreparable damage.’

“Exercises of civil and political rights are inherently driven by individual or collective intent. They are acts which are precisely intended to bring about a desired result, including the change or reform of government policies, decisions, and actuations. How can these Constitutionally protected and guaranteed acts now be dragged and considered as crimes of terrorism if accompanied by intent and purpose which are vague, not clearly defined, bereft of standards, and susceptible to the self-serving and gratuitous interpretations of police and military enforcers?,” Sanlakas wrote in its petition.

The group listed President Rodrigo Duterte and the Congress of the Philippines as respondents to the petition.

“By endorsing and passing this treacherous law, the executive and legislative branches of the government abused their discretion and committed injustice against the Filipino people. As such, the Supreme Court is the last pillar we can still hope to rely on to protect our Constitutional and human rights. In the past, the Supreme Court’s failure to live up to that very mandate catapulted us into the dark days of martial law. We ask the honorable court to seize this point in history as an opportunity for atonement by junking the terror law and upholding our people’s liberty and freedom,” Bautista said.#