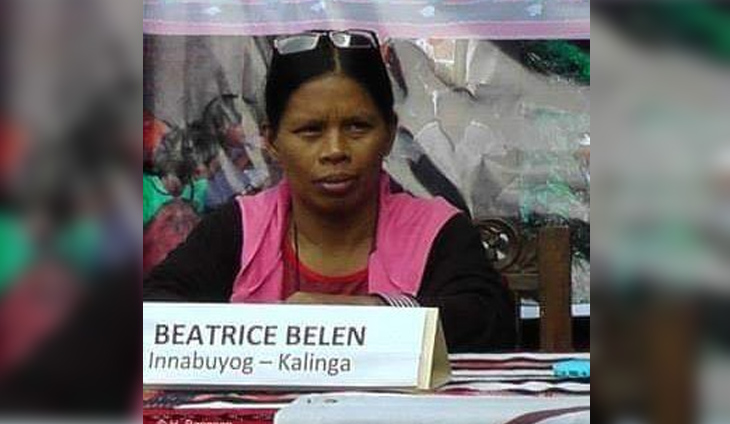 Beatrice Belen, a leader of Gabriela affiliate Innabuyg-Cordillera, has walked free after more than three months of detention following a Kalinga court’s dismissal of charges of illegal possession of explosives.

Belen was arrested at home on October 25, 2020, by agents of the Criminal Investigation and Detection Group (CIDG), Philippine National Police-Special Action Force (PNP-SAF), and elements of the Philippine Army’s 503rd Infantry Brigade (IB).

Authorities, who accused Belen of ties with the Communist Party of the Philippines (CPP) and its armed wing New People’s Army (NPA), claimed to have found three rifle grenades outside her house.

Belen had led the villagers of Uma in opposing the geothermal energy project of Chevron Energy Company, for which she was awarded Gawad Bayani ng Kalikasan in 2018. #