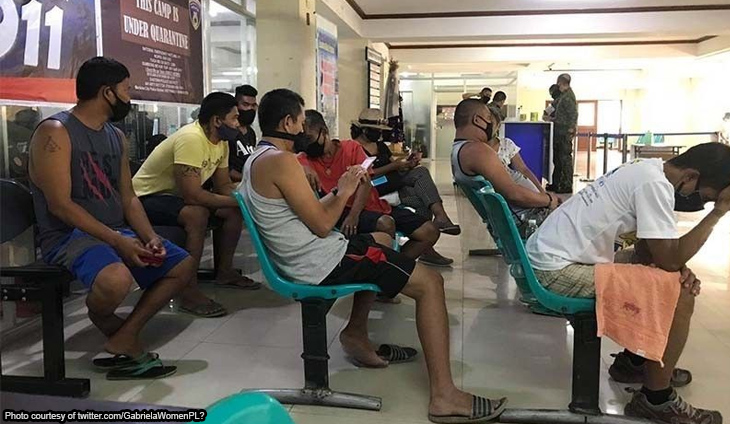 The Office of the City Prosecutor (OCP) of Marikina City has dismissed the criminal complaints against the so-called “Marikina 10,” who were arrested on Labor Day for holding a feeding program amid the hardship caused by the Duterte administration’s lockdown.

The relief workers were cleared of allegations of disobedience to persons in authority and violations of the Public Assembly Act of 1985 and the Mandatory Reporting of Notifiable Diseases and Health Events of Public Health Concern Act.

Assistant City Prosecutor David Cadit, Jr., dismissed the complaint “for lack of probable cause and insufficiency of evidence.” The resolution was dated October 20 but was only released recently.

The government tried to justify arrests during the lockdown by invoking the offense of “non-cooperation” under the Mandatory Reporting of Notifiable Diseases and Health Events of Public Health Concern Act.
However, numerous trial courts have thrown out such cases, and the Department of Justice (DOJ) even refused to hold Senator Aquilino Pimentel III under the law for visiting a maternity ward despite having symptoms that prompted him to get tested for the coronavirus disease 2019 (COVID-19).

In the “Marikina 10” case, the OCP noted that “none of the foregoing circumstances” under Section 9 of the law were present.

The OCP did not find their case to fall under the clause “non-cooperation of persons and entities that should report and/or respond to notifiable diseases or health events of public concern,” although it did not elaborate upon it.

Meanwhile, the OCP did not find probable cause to charge the “Marikina 10” with illegal public assembly, because the police “failed to identify the leader or organizer, if there is any, of the subject mass gathering.”

“It appears that all the respondents were only participants in the public gathering,” read the resolution.

The OCP also did not find any of the elements constituting the crime of disobedience to authority.

It may be recalled that Marikina City Mayor Marcelino Teodoro himself ordered the release of the volunteers and found the city police to have “overreacted.” #