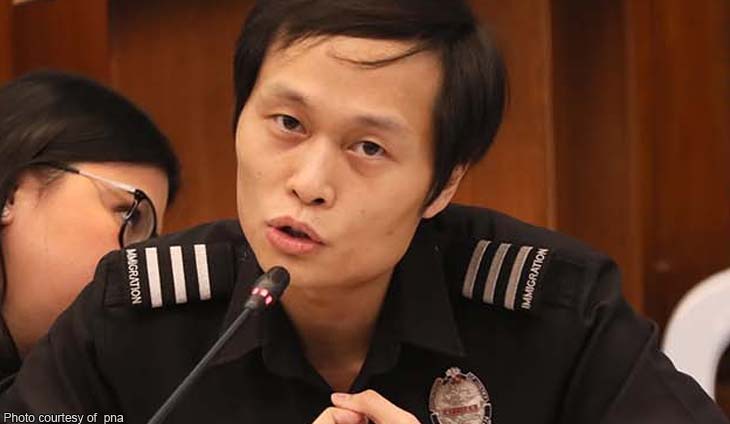 Immigration Officer Allison Chiong, the whistleblower in the ‘pastillas scheme’ or the modus in airports allowing Chinese workers of Philippine Offshore Gaming Operators (POGO) to enter the country unhampered, was provisionally admitted into the government’s witness protection program (WPP).

Justice Secretary Menardo revealed this on Friday, admitting that the Department of Justice granted the request of Senate President Tito Sotto and Sen. Risa Hontiveros to place Chiong under the WPP’s provisional coverage.

“Nasa WPP custody na yung whistleblower. We took him in upon the request of Sen. Hontiveros and the Senate President due to security concerns. He (Chiong) will be evaluated thoroughly by the WPP before he could be considered for full coverage,” Guevarra said in a message.

At the marathon Senate hearing on POGO operations, Chiong said that he had personally witnessed the scheme which started when there was a “dramatic increase” in Chinese entering the Philippines sometime around 2017.

“Immigration officers received, through a group chat in the Viber application, a list of names of Chinese nationals who were allowed entry into the Philippines without going through the usual immigration process,” said Chiong.

Chiong said that cooperating immigration officers in Ninoy Aquino International Airport Terminal 1 would receive around P20,000 weekly, while those in Terminal 3 receive around P8,000 every week.

“These Chinese nationals were no longer required to undergo screening, they were simply let inside the Philippines without question or investigation,” Chiong said.

Earlier, Hontiveros disclosed during the resumption of the Senate investigation into crimes connected to Pogos
that corrupt immigration officials have allegedly received an estimated total of P1 billion in “kickback” from Chinese visitors in exchange for a smooth entry into the country.

This was later known as “pastillas modus” wherein a Chinese visitor can pay P10,000 service fee to corrupt immigration personnel.

Hontiveros said that according to her informant, the alleged P2,000-pay-off that trickles down to airport immigration officers are broken down into six parts.