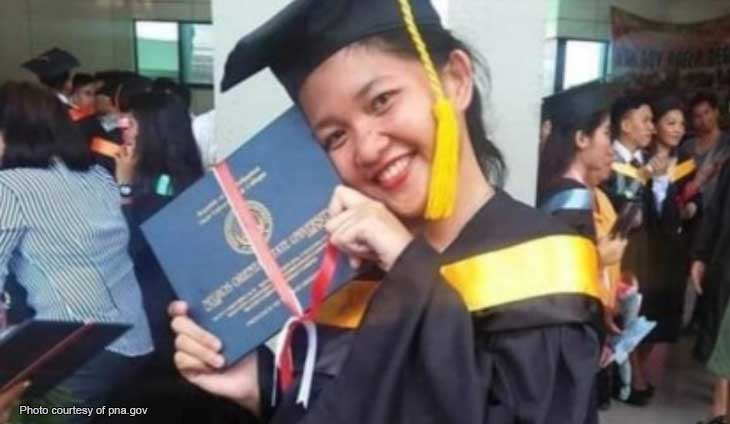 Parricide raps filed vs. cop who ‘shot’ own daughter

DUMAGUETE CITY — The Dumaguete City police has filed parricide charges against one of its own personnel following an alleged shooting incident here involving him and his daughter who died of a bullet wound on her face.

Galsim said Ege is also subject to investigation and the filing of administrative charges before the Philippine National Police-Internal Affairs Service (PNP-IAS).

Initial police investigation showed that Ege was on duty as a radio operator and went home to have lunch on Sunday.

Witnesses said when he arrived at his home, he was drunk and that neighbors heard an altercation inside the policeman’s house.

Galsim said the suspect’s live-in partner, Anabelle Acebo, said she was in the comfort room when she overheard her stepdaughter, April May Ege, 22, telling her father twice to put something down, which was followed by a burst of gunfire.

Acebo said she later saw the girl bloodied on the floor.

In an interview, Ege said while inside the room, he removed his issued service firearm, a Glock 17 9mm pistol from his waist, but it accidentally went off, hitting his daughter.

He also denied having quarreled with his live-in partner during that time.

Ege is in the police service for more or less 23 years with two years more to optionally retire.

He has five children with his deceased wife and April May was the fourth child, who had just graduated from college last April with a Business Administration degree.

Galsim said Ege is now detained at the Dumaguete Police Station and has five days to file his reply to the charge against him.

Aside from the parricide case, the Dumaguete City Police Station is preparing to also file an administrative charge for grave misconduct against Ege, the police chief said. (PNA)