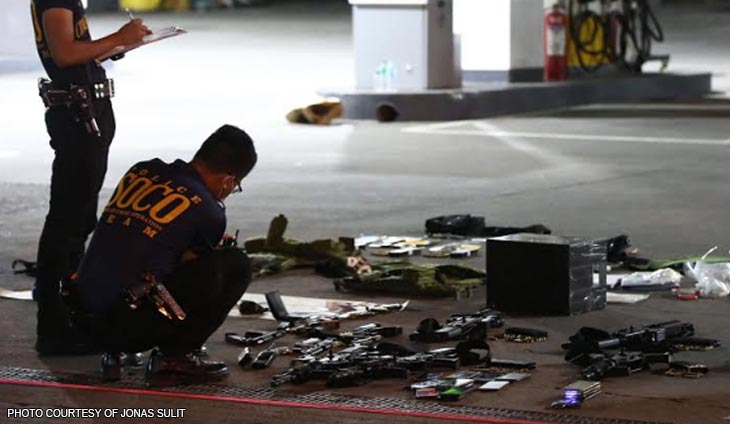 A three-man panel of prosecutors was created to conduct preliminary investigation into the charges filed by the National Bureau of Investigation against operatives of the Philippine Drug Enforcement Agency and Philippine National Police in connection with the bloody ‘misencounter’ in Commonwealth Avenue, Quezon City last February.

But the Department of Justice has refused to divulge the names of the prosecutors for security reasons.

In a complaint before the Department of Justice, the NBI recommended the conduct of preliminary investigation on several offenses against respondents from PDEA and PNP.

The NBI was tasked to conduct a parallel investigation into the Commonwealth incident which left two policemen, a PDEA agent, and an informer dead, and inflicted injuries to several persons.

PDEA and PNP operatives shot it out over a botched anti-drugs operations near a mall in Commonwealth Avenue.

President Duterte has intervened in the investigation and directed the NBI to be the sole agency to do an independent and impartial probe. (AFP)