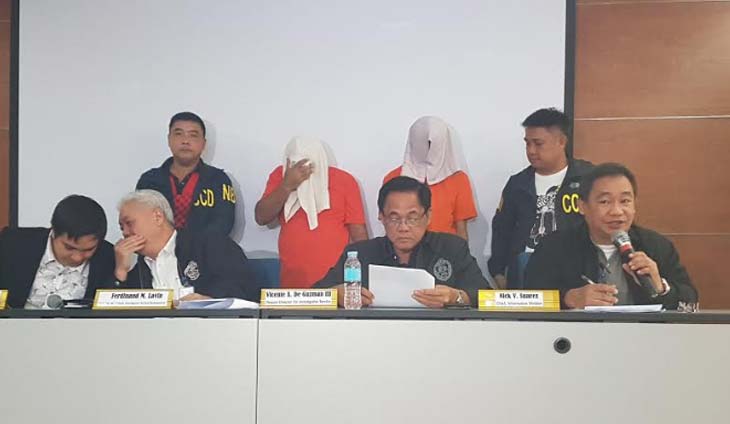 National Bureau of Investigation Deputy Director Vicente De Guzman III identified the suspects only through their aliases “Aznar” and “Tamoor.”

They were nabbed by the NBI’s Cybercrime Division (NBI-CCD) during a buy-bust operation last Monday in Parañaque City.

Seized from them were eight sealed plastic bags each containing 12 boxes labeled “Kamini Virdan Ras” and “for sale in India only.”

Upon examination, de Guzman divulged each box contained 1,015.8382 grams of opium alkaloids, namely, papaverine and codeine, which are both listed as dangerous drugs under the Republic Act 9165, the Comprehensive Dangerous Drugs Act of 2002.

The operation was carried out after the NBI an information that the suspects were engaged in online selling of illegal drugs trade.

The suspects were brought for inquest before the Department of Justice (DOJ) for violating sections 5 and 11 of RA 9165.