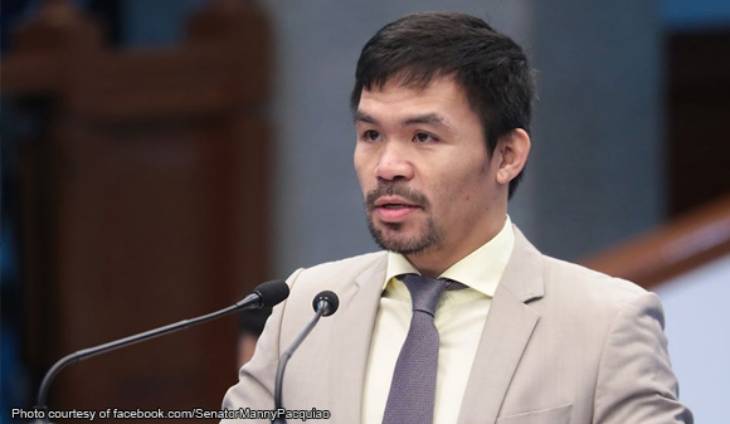 Senator Manny Pacquiao on Tuesday filed a cyberlibel complaint against Pastor Apollo Quiboloy before the Makati City Prosecutor’s Office after the self-proclaimed “Appointed Son of God” implicated the boxing icon to the unfinished Sarangani Sports Complex reportedly worth P3. 5 billion.

In a 13-page complaint, Pacquiao said Quibuloy should pay P100 million in damages plus attorney’s fees for “spreading fake news and false information.”

“He used this deliberate falsehood to brainwash the minds of the Filipino public, recklessly propagating lies to blacken the image and reputation of an honest public servant,” the senator said in a statement.

“He even had the audacity to quote the Holy Scripture in furtherance of his lies, misleading his flock, and confusing the public, with the end in view of blackening another’s reputation,” he continued.