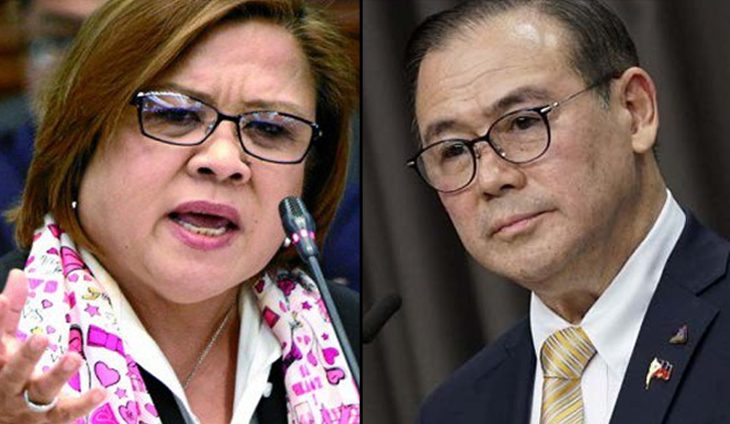 Paborito! De Lima praises Locsin for not joining ‘traitor’ Duterte in selling out to China

Teddyboy Locsin is emerging as a crowd favorite in the Philippines’ legal and arbitral struggles versus China.

Shortly after earning the praise of Retired Supreme Court Senior Associate Justice Antonio Carpio in finding a workaround to the cooperation deal on joint oil exploration in the South China Sea, in comes Senator Leila de Lima with her own accolades for the broadcaster and abogado.

“China is clearly powerless in the midst of all this thumb-nosing. It is powerless to enforce its own nine-dash line claim in the whole of the South China Sea,” De Lima said in her statement as she called out the government’s defeatist attitude on the arbitral award. “Only traitors refuse to recognize this when they continue to harp on their own country’s supposed weakness, when all the while it is not the nation that is weak, but only Duterte, Roque and their ilk as they perform in accordance with the terms of their employment with China.”

“It’s a small blessing to this country that the DFA Secretary has refused to join this traitorous clique,” she added, referring to Locsin.