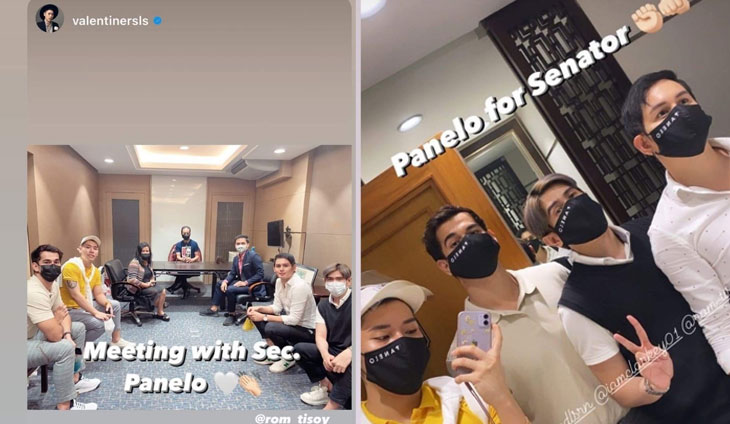 Presidential Legal Counsel Salvador Panelo met up with the respondents in the case of the late PAL flight attendant Christine Dacera. One of the previously accused, Valentine Rosales documented the meeting with the abogado in his Instagram stories.

Rosales can be seen wearing Panelo-branded black masks during his visit along with his friends. The abogado can also be seen in the group photos posted and spotted in a selfie with Valentine himself.

His group also toured Malacanang as seen in the photos and videos that also promoted Panelo’s senatorial bid. Just recently, the same group has filed a case versus Makati police officers who implicated them in the death of Dacera before the autopsy showed that she died due to an aneurysm.