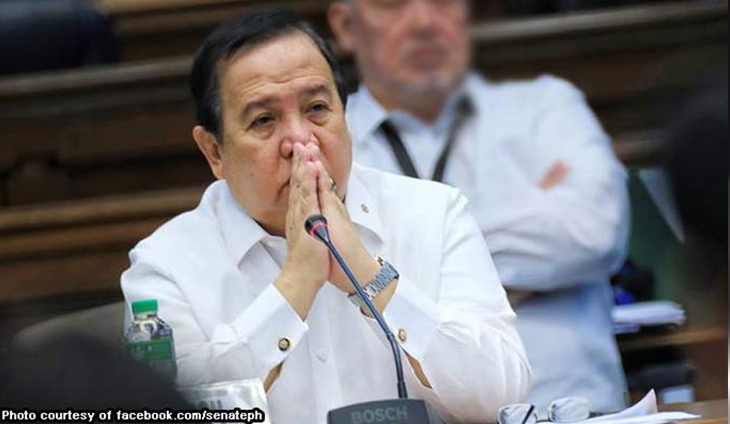 Oops! Dick gets called out after using De Lima, Acierto vs Duterte

The abogado recently called the President “boring” and asked him to do his worst just like what he did to ABS-CBN.

Sen Gordon: “Quite frankly Mr President you are boring. Hindi ako natatakot sa inyo. ‘Di ako duwag. Do your worst as you did with ABS-CBN.”

Many individuals including key media personalities called him out on his backpedaling as they said he played a role in the condemnation of both officials. The abogado was being accused of being the bully who or taking part in the ouster of De Lima from the justice committee.

Is Sen. Gordon referencing what happened to Sen. De Lima? Has he forgotten that he is among the lawmakers who voted to oust her from the chairmanship of the Senate justice committee? https://t.co/lutKH80LWr

Dick Gordon told Duterte today, “You are a bully!” Hmm, Mr. Gordon, remember what you did to Leila de Lima to please the “bully” in 2016? 🤡

Even President Rodrigo Duterte said that he has since lost all his credibility after he used Acierto’s testimony to involve Pharmally executive Michael Yang in the drug trade.

In an interview with ANC, Gordon was asked regarding the position he took during De Lima’s arrest. He did not answer it directly and instead spoke about the times he questioned the cases filed against late Chief Justice Corona and former deputy Ombudsman Melchor Arthur Carandang.

Gordon on the arrest and continued detention of Sen. Leila De Lima, and on critics describing him as a Duterte “enabler”

Can you feel the heat?