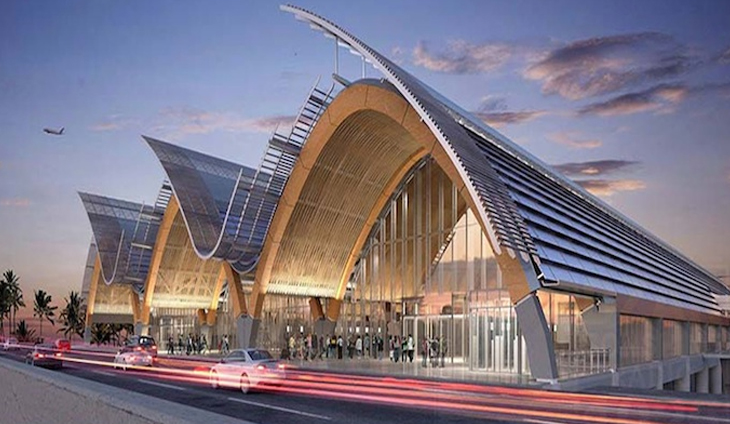 A Quezon City-based abogado has asked the Office of the Ombudsman to investigate alleged graft and corrupt practices of Filipino officials tasked to run the Mactan Cebu International Airport Authority (MCIAA) and violation of the Anti-Dummy Law by executives of an Indian company GMR.

On September 7, 2020 the Office of the Ombudsman received a complaint filed by lawyer Larry Iguidez with an office address in Timog, Quezon City asking the anti-graft office to put a stop in what he says is “brazen violation of the nationality requirements of the Philippine Constitution.’

The National Bureau of Investigation Anti- Fraud Division recently submitted to the Department of Justice its recommendation to prosecute Division 14 Filipino and foreign officials of GMR Megawide Cebu Airport Corporation (GMCAC) for the alleged violation of Commonwealth Act No. 108, otherwise known as the Anti-Dummy Law.

MCIAA is a government –owned and controlled corporation under the Department of Transportation and Communications tasked to undertake the economical, efficient and effective control, management and supervision of the airport according to Republic Act No. 6958.

Megawide in a statement sent to reporters yesterday following the NBI report said the allegations against the GMCAC is baseless.

“We will answer them in the proper fora and we will respond to such attempts to malign our reputation with full and credible legal action.’’the statement said.

The statement also said that “ as a widely- held, publicly listed companies Megawide and GMR strictly adhere to pertinent laws, rules, and regulations including those relating to projects bidded by the Philippine National Government.

In his complaint Iguidez accused MCIAA General Manager and Executive Officer Steve Dicdican of yielding to foreign executives the operations of the Visayas airport, tagged as the second busiest in the country.

“This complaint is about MCIA –openly, flagrantly, comprehensively run, administered, managed and operated on a daily basis since 2014 not by Filipinos, but by a crew of one Ghannian and many Indian nationals. All done in full view, and with the daily approval and cooperation of Steve Dicdican.’’

He also said that GMR Megawide Cebu Airport Corporation (GMCAC) – a private corporation granted 25-year franchise by the government to operate the MCIA had intentionally planned to yield its operations to the foreigners, which he said is a violation of the Philippine laws.

“And all done fully according to the illicit plan hatched and carried out by Filipino stockholders and directors of GMCAC; obtain a public utility franchise with the clear intent, from the very beginning, of ceding all operational control and management thereof to non- Filipinos assigned by their Indian airport operator-partner.’’