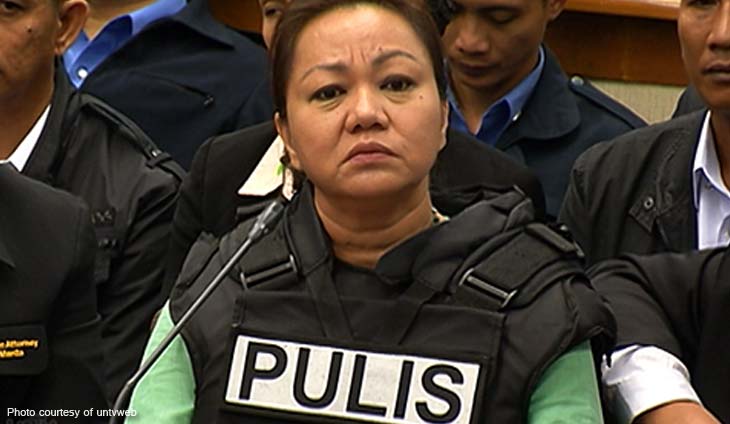 Plunder convict Janet Lim-Napoles has refused to enter a plea during her arraignment for her newer criminal cases in connection with the P900-million Malampaya fund scam.

The Sandiganbayan 3rd Division had to enter a not guilty plea on Napoles’s behalf during the April 22 hearing.

Meanwhile, the arraignment of former Budget secretary and now-Camarines Sur 1st District Rep. Rolando Andaya, Jr., was deferred to May 31.

Sandiganbayan to go ahead with trial of Andaya, Napoles over P900M Malampaya scam

Napoles, Andaya and more than 20 other persons face 97 counts each of graft and malversation through falsification in connection with the alleged misuse of gas field royalties meant to aid the cities and municipalities affected by widespread flooding caused by typhoons Ondoy and Pepeng in 2009.

The funds were allegedly diverted to the ghost projects of a network of foundations linked to Napoles, similar to the scheme that saw the missie of P10-billion pork barrel funds.