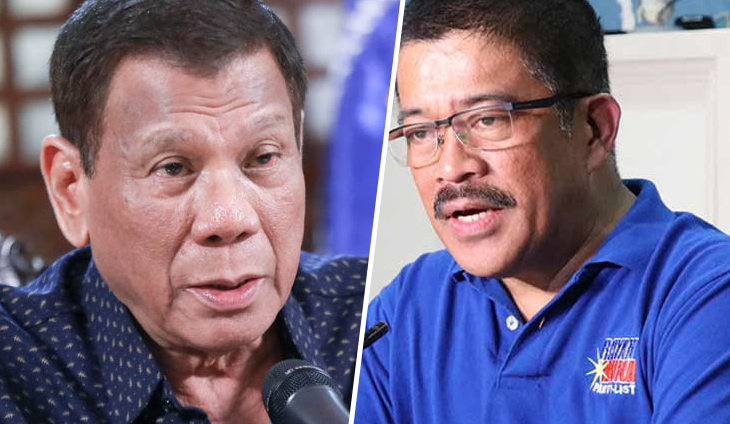 Mindanaoan lawyers side with Zarate over Duterte in red-tagging tiff

Lawyers based in Mindanao have sided against President Rodrigo Duterte on the hot issue of red-tagging, condemning how he branded their kababayan Carlos Isagani Zarate as a communist-terrorist.

“The Union of Peoples’ Lawyers in Mindanao (UPLM) is troubled of and outraged by the public statements of President Rodrigo R. Duterte, using the country’s highest office to again red tag Carlos Isagani T. Zarate and other progressive representatives and their organizations,” the group said in a statement. “It is beneath UPLM to even address the heaping of personal – not fact-based insults on its Past Chairman and present adviser Zarate.”

The Bayan Muna congressman was Duterte’s new target in his late night address and public rant, saying his ties to the New People’s Army were undeniable.

“The insistent red tagging officially done by no less than the President poses a clear and present danger on the lives of Zarate and all human rights lawyers and defenders,” UPLM added. “A threat on Zarate is grave threat on all legislators who are fulfilling their mandate and on all human rights defenders who remain true to their lawyers’ oath. These threats are glaring violations of rights under our Philippine Constitution and the United Nations Universal Declaration of Human Rights.”