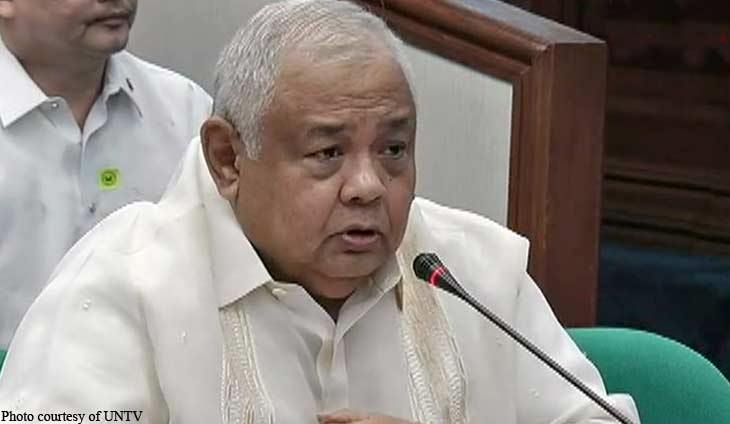 against Special Envoy for Public Diplomacy to China and journalist Ramon Tulfo before the Manila Prosecutors Office.

This was the third time Medialdea sued Tulfo for libel. The first was in July 17 while the second in August 6.

In the current case, the complaint identified Tulfo’s columns which appeared on The Manila Times on July 25 and August 1.

Tulfo, in the said columns, shared the account of a certain Felicito Mejorado who claimed he has yet to receive reward money from the government for providing a tip on a smuggling operation in Bataan.

“In an apparent attempt to discredit my honor, integrity and reputation, [Tulfo] maliciously implied that I am remiss in the performance of my duties, and worse, even categorically alleged that I demanded the amount of P72 million, implying that I am a corrupt public official,” the complaint read.

“Clearly, contrary to what respondent Tulfo maliciously wants to impress upon the public, I take my duties as the Executive Secretary of the Republic of the Philippines very seriously and ensure that I am not remiss in the performance of my duties,” Medialdea added.

The complaint also named The Manila Times’ executives and editorial heads as respondents in the complaint.