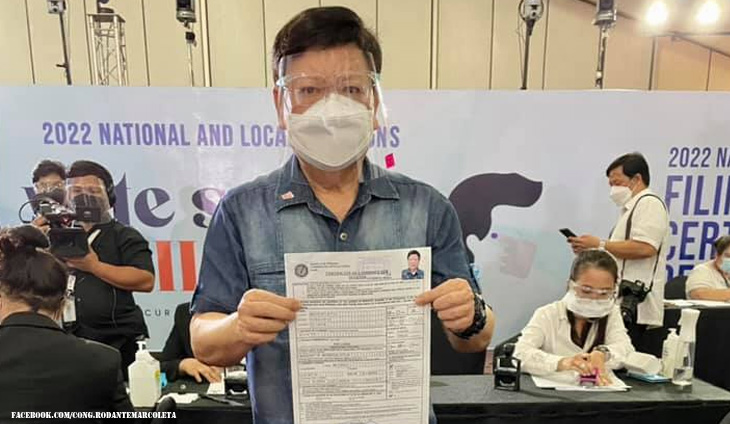 SAGIP Party-list Rep. Rodante Marcoleta, who is among those who led discussions to deny ABS-CBN a legislative franchise, filed his candidacy to run as senator in 2022.

An abogado by profession, Marcoleta is also known for popularizing the use of anti-parasitic drug ivermectin supposedly to prevent COVID-19 even against the advice of medical professionals and government regulators.

He will be joining the slate of PDP-Laban’s Cusi wing, which counts President Rodrigo Duterte as one of its members.