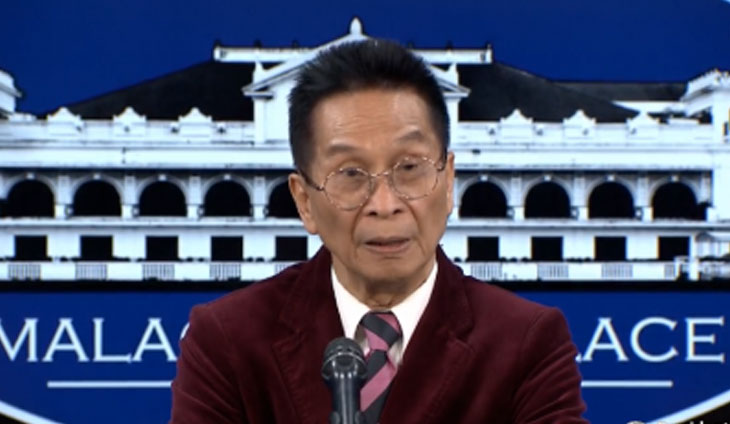 Salvador Panelo turned to a catchall phrase under the 1987 Constitution to defend President Rodrigo Duterte’s shock order considering the arrest of Filipinos who refuse to take COVID-19 vaccines.

While many abogados called out Duterte’s absurd call – with his spokesman and lawyer Harry Roque himself disclosing that a new law or order is needed to enforce it – the Chief Presidential Legal Counsel said there’s actually basis to do it.

“The order of the President is not without any constitutional basis. Article II, Section 4 of our Constitution mandates that ‘[t]he prime duty of the Government is to serve and protect the people,'” Panelo said in a statement.

He then tried to pass on the blame on vaccine hesitancy to the “political opposition,” saying that the government has always been “science based” in crafting quarantine policies.

“We are in a state of national emergency due to the deathly pandemic. Drastic times demand for drastic measures. The Constitution has given sufficient authority to the government to manage the crisis even as it works vigorously towards achieving herd immunity while our people look forward to reaching it,” he added. “Individual choice or liberties are to be respected but the security of the nation is paramount; hence, its survival must be fiercely protected.”