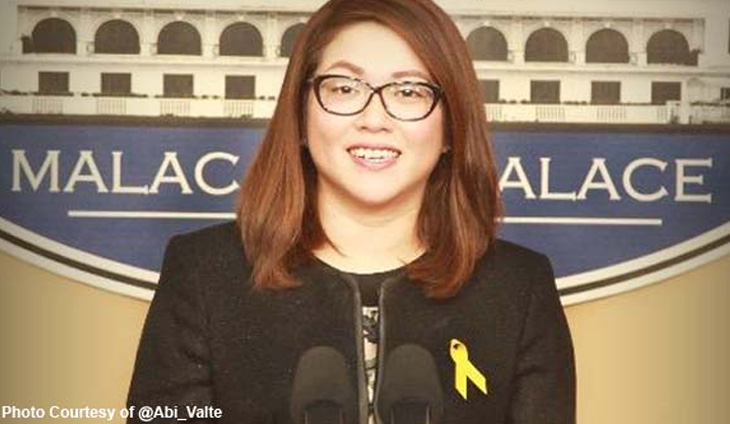 Former deputy presidential spokesperson Abigail Valte may consider her stint in Malacañang as one of the highlights of her career, but she has one regret working for former President Benigno Aquino III.

In her February 10 column for the newspaper Malaya, Valte said she regrets not letting the public know more about her boss’ personal side.

“Being in the public eye for most of his life, I always held it as a sworn duty to help preserve whatever modicum of privacy he had to himself. He felt that issues of the State always came first, and whatever interest people had in his personal life was a matter not to be discussed on the people’s time,” she explained.

While the public and media were curious about the bachelor Aquino’s dating history, Valte admitted she and other Palace officials didn’t encourage much discussion about the other aspects of the President’s personal life.

“The intense scrutiny led him to lock up whatever personal side he had, and we helped him throw away the key, believing that his reluctance to keep the personal side away from view would help focus on what the job demanded,” she mused.

“Looking back, we should have been a little less guarded in this aspect, to help people see the man behind the Office,” Valte added.