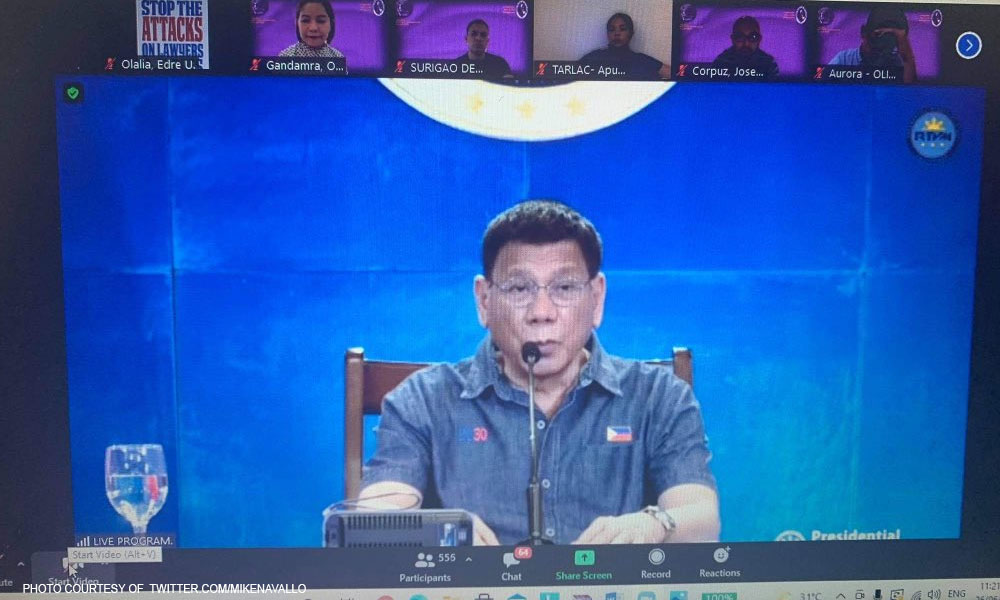 President Rodrigo Duterte was not welcomed warmly after he issued a message to the national convention of Integrated Bar of the Philippines’ lawyers.

The abogado was met with people changing their photo to a call to end the attacks on lawyers and judges in the Philippines.

The National Union of People’s Lawyers took ownership of the action and its President Edre Olalia explained the move. The abogado said it was discomfiting to be addressed by a fellow lawyer who could not be considered a sentinel of everything they believe or uphold.