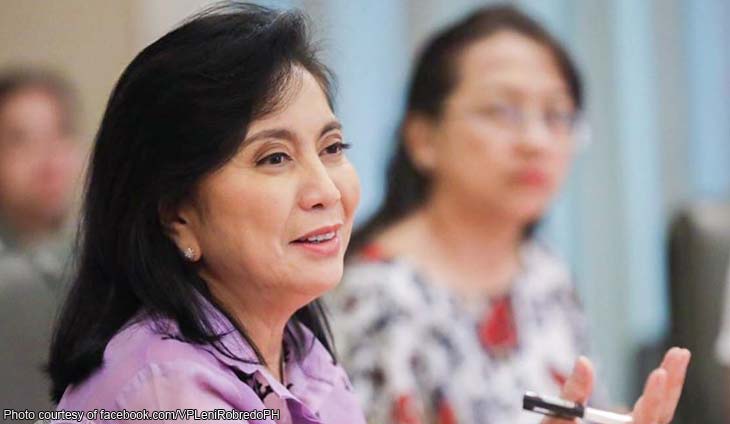 Leni hopeful PET to decide with finality in her favor

Vice President Leni Robredo on Monday expressed hope that the Presidential Electoral Tribunal will soon decide with finality the electoral protest lodged against her by former senator Ferdinand Marcos Jr. where she won during the recount in the three pilot provinces.

Recently, Robredo urged PET to dismiss outirght the electoral protest filed by Marcos, saying the latter failed to get a substantial recovery of votes in his three pilot provinces.

The three pilot provinces of Marcos were Camarines Sur, Iloilo and Negros Oriental.

Robredo stressed PET should dismiss the protest outright inasmuch as the tribunal’s October 2019 ruling will show that there was an increase in her lead after the recount in the three pilot provinces.

“Notwithstanding the clear result of the revision, recount and re-appreciation from the pilot provinces, the Election Protest will still proceed to the Third Cause of Action, DIRECT protestant Marcos to present evidence to justify resort to a technical examination of the Election Day Computerized Voter’s List vis-à-vis the Voter’s Registration Records,” Robredo’s memorandum read in part.

Earlier, Marcos ask PET to review and reconsider the results of the ballot recount in his three pilot provinces.

He asked the tribunal to review the results of recount in Iloilo, Camarines Sur, and Negros Oriental, where Robredo’s lead has increased by 15,000 votes.

According to the former lawmaker, some 174 signatures of the Board of Election Inspectors in Iloilo had “glaringly different” signatures which became manifestly obvious when compared to other election documents.

Marcos added that his camp’s objection over the authenticity of votes in the pilot provinces have been unreasonably overruled in the recount.