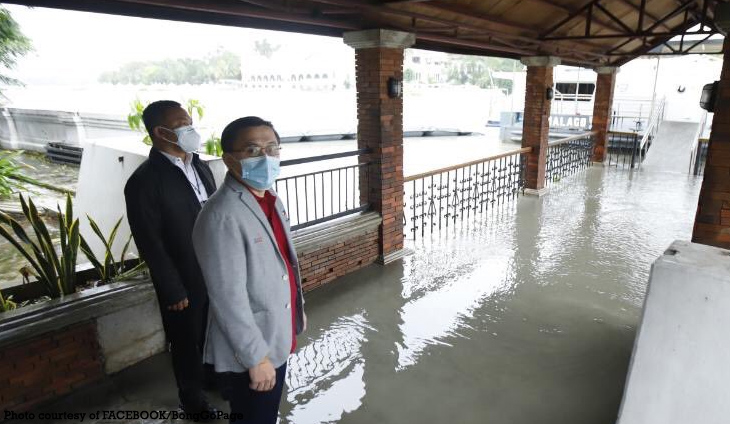 The abogado said that he doesn’t have to be shy as he shows off to the media how Pasig River overflowed to Malacañang.

Azores said that he should just get on with it and swim. The abogado noted that he does not share the same restrictions as President Rodrigo Duterte who claims the PSG and his doctor prevented him from going out there.