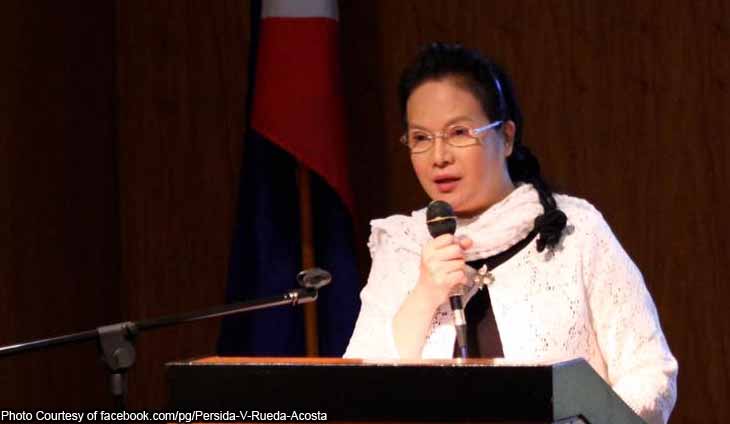 Lack of probable cause: Graft raps vs Persida Acosta junked

Graft probers have junked the charges lodged against Public Attorney’s Office chief Persida Acosta over accusations that she overstocked office supplies for the agency’s investigation into the Dengvaxia controversy.

Likewise dismissed by the Ombudsman were administrative charges filed against them by lawyer Wilfredo Garrido.

Acosta was accused of corruption for allegedly raking in some P13-million for deliberately overstocking office supplies.

Based on the 2018 audit report on PAO, the office purchased 54 inventory items worth a total of P13.103 million, exceeding the allowable stock.

Under the General Appropriations Act of 2018, stocking should not exceed the two-month requirement of the agency. If an office wants to stock for its needs for a year, it would need the approval of the President.

Complainants claimed that Acosta made purchase orders for long bond paper, markers, ink cartridges, stamp pad inks and other office supplies to be used for the Dengvaxia cases in 2018 even if the office had a supply overstock those items in 2017. #