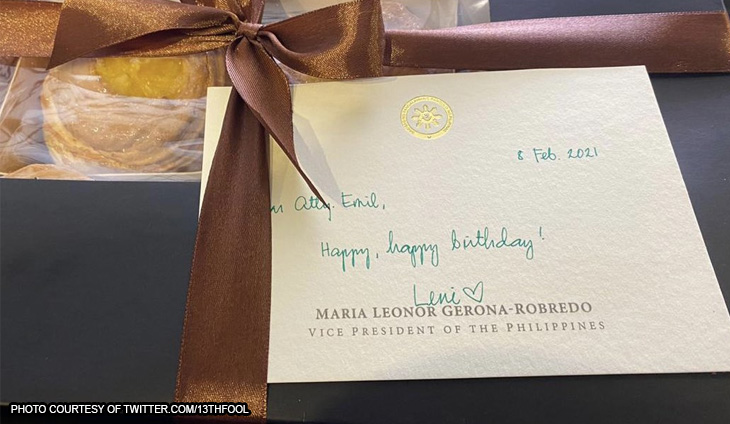 Election lawyer Emil Marañon received a care package from Vice President Leni Robredo. The abogado said that this was the source of his Monday kilig.

Marañon received a box of pastries from the VP for his birthday. The abogado said that he hopes she can grant her birthday wish. He wrote that he is sure that this is the same wish that many others have.