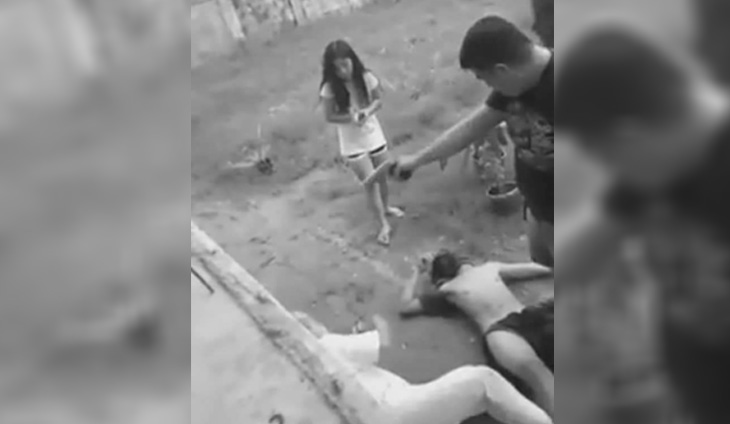 The horrific shooting incident in Tarlac dominated the top Twitter trends on Monday, December 21, after a heartless cop shot a mother and son in Paniqui, Tarlac at close range.

Senior Master Sergeant Jonel Nuezca of the Parañaque police was seen on video shooting a 52-year-old named Sonya Gregorio and her son Frank Anthony over a reported land dispute fight.

The graphic video, which made the rounds online, caught Nuezca and his daughter who shouted “my father is a policeman” before he took his gun and shot the two point blank.

Hashtags and statements condemning the act dominated the top Twitter trends, which include #StopTheKillingsPH, #PulisAngTerorista, and #EndPolice Brutality.

“my father is a policeman”

This is a murderer.
And his child is soon to be.
I can never listen to 2NE1’s “I Don’t Care” ever again.
Ngayon niyo buhayin ang death penalty.
“MY FATHER IS A POLICEMAN”
No, you’re father is a straight-ass murderer#JusticeforSonyaGregorio #EndPoliceBrutality #StopTheKillingsPH pic.twitter.com/NOkgsOxJ8N

A mother who stays in her sons sides,killed by a policeman. A love of a mother will still be more powerful than anuthing in this world. Justice will unvail the truth, and the one who sinned shall suffer.

This really showcases the mindset that Filipinos (specially middle and upper-class) teach their kids English language first before manners pic.twitter.com/EGJmHtvrAA