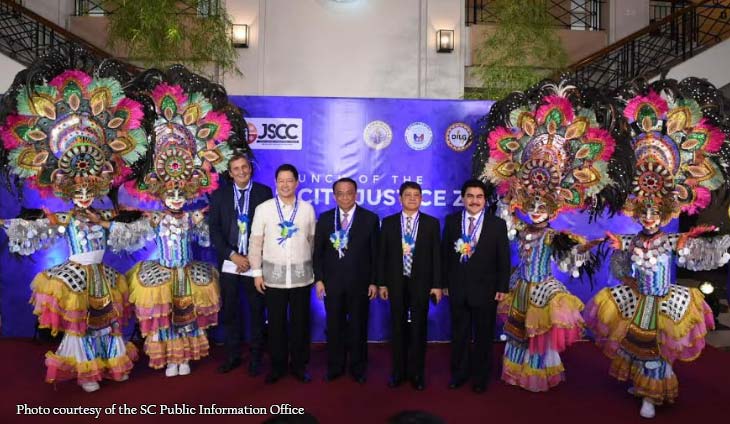 A Justice Zone is established to strengthen the coordination and communication between the judiciary, Department of Justice, and Department of Interior and Local Government.

“If the people behind the Bacolod City Justice Zone initiative could put their faith on only one thing to ensure their success, it is the undeniable spirit of Bayanihan that is central to Negrense culture; something that perfectly reflects the JSCC tag line, “Bayanihan para sa Katarungan!” Bersamin said.

According to him, a justice zone is an area or locality where a minimum number of inter-agency coordinative reforms are present, rendering the area or locality fully compliant based on the rating system established by the JSCC.

The Bacolod City Justice Zone is the fifth Justice Zone to be launched after Quezon City, Cebu Citiy, Davao City, and Angeles City. It is the third to be unveiled during the term of Chief Justice Bersamin.

One of the projects of the JSCC which is supported by the Justice Sector Reform Programme: Governance in Justice (GOJUST) Programme under financial grant by the European Union (EU), the Justice Zone project adheres to its objective of a swift and fair administration of the criminal justice system.