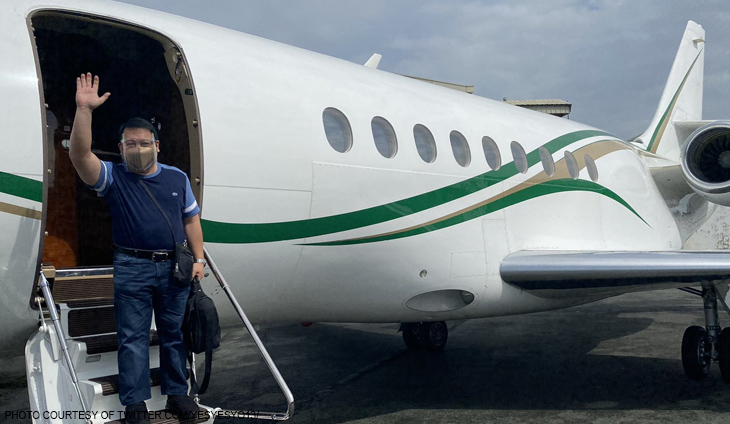 Jetting off: Check out where Ferdie Topacio will be vacationing

Abogado Ferdie Topacio is getting out of the city. The abogado showed off photos of him, boarding a private plane with some of his closest friends.

See you next week sa YES YES YO! TOPACIO! On my way to Balesin with my closest friends. 🙂 pic.twitter.com/RJ9jYNwA3c

Topacio said that he will be going to Balesin for a few days. The abogado made the official announcement on his Twitter along with the uploaded photos of him in the tarmac, and his entourage inside the plane.

He received well wishes for his brief vacation. The abogado expects to be back in the city next week.